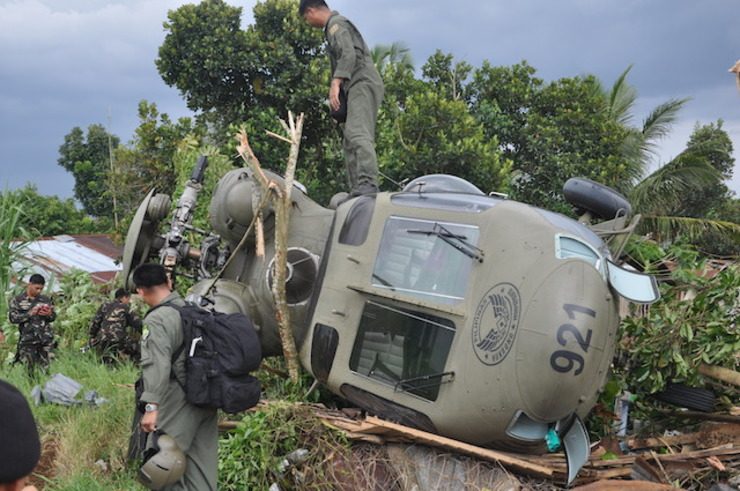 The Sokol helicopter had just taken off from Camp Ranao, headquarters of the 103rd infantry brigade, and was at an altitude of 30 meters when it crashed at 2:20 pm due to sudden loss of engine power, Uy said.

“MGen Visaya is safe,” Uy said. One civilian and one chopper crew were hurt by debris, he added.