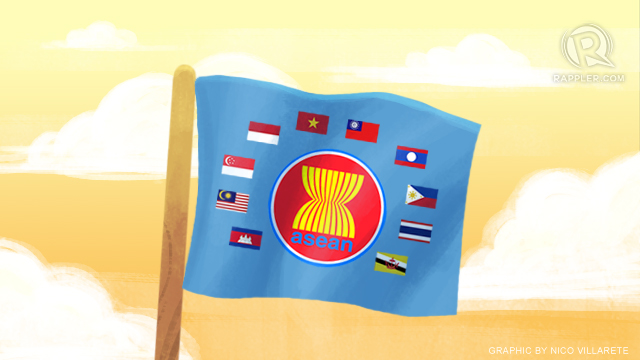 MANILA, Philippines – As one of ASEAN’s founding members, it will only be to the benefit of the Philippines and its citizens to start embracing the impending ASEAN regional integration in 2015.

In 2015, an ASEAN Economic Community will be established, marking the start of free trade among the organization’s 10 member-states allowing free flow of goods and services – education services included.

The country’s education system is already adjusting to regionalization.

In 2014, at least 4 higher education institutions have already decided on changing the start of their academic calendars from June to August.

The Commission on Higher Education (CHED) also released a controversial memorandum which removes Filipino language courses in the new general education curriculum that will be implemented starting 2018. (READ: The road to ASEAN 2015: Why are PH colleges lagging behind?)

Cruz on Tuesday explained that the CHED memo complements K to 12 in that if the basic education program wants to instill nationalism, the new general education curriculum “is meant to make Filipinos globally competitive.” (READ: 8 ways PH higher education can prepare for ASEAN 2015)

But Anne Candelaria, director of the Ateneo Center for Asian Studies, said there is a need to rethink ASEAN integration as not just something the Philippines needs to do, but something it actually wants to do.

“Is it something we really want to do? If yes, hanggang saan tayo willing magtaya? (If yes, until when are willing to sacrifice?)” Candelaria asked.

For her, the country must also figure out a way to translate international norms like K to 12 to the real situation on the ground.

Still, the fact remains that the Philippines only has less than 2 years to prepare for the ASEAN regional integration.

According to her, young people who comprise 60% of the ASEAN population will play a role in the development of the region, especially in promoting awareness.

Daza also explained that December 2015 will be a reference point and not the end goal of the ASEAN integration. She said ASEAN’s bigger goal beyond integrating is to build a community within the region. (READ: ‘Why the 2015 deadline for the ASEAN economic integration?’)

“Embrace ASEAN. We cannot do away with it. It’s important to be able to contribute to the development of the Philippines within the region,” she added. (READ: ASEAN Economic Community: Are we ready for 2015?)

MC Abad, Chairman of the Board of Directors of the Institute for Strategic Development Studies, said it would serve the Philippines well to continue identifying with its Southeast Asian neighbors because this “is where the Filipino culturally and geographically belongs as a nation.” (READ: Is PH ready for Asean 2015?)

“A regional identity gives us a deeper and wider anchor in international relations,” he added. – Rappler.com