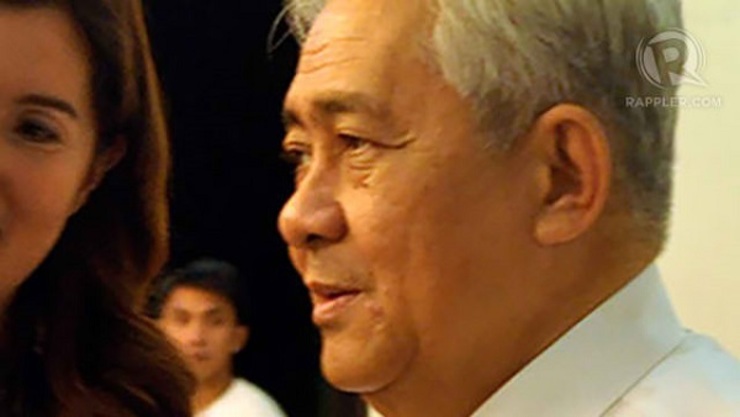 After hours of deliberation, the SC en banc decided to side with the government’s lawyer in his running rift with SC Chief Justice Maria Lourdes Sereno.

Sereno raised integrity issues against Jardeleza during the closed-door deliberations of the Judicial and Bar Council (JBC), a collegial body mandated to recommend judiciary appointees.

Voting 7-4, the SC en banc declared that Jardeleza is deemed included in the candidates for the vacated post of Retired Justice Roberto Abad.

SC Spokesperson Theodore Te said Sereno and Justice Antonio Carpio inhibited from the voting, while another justice who he did not name was on leave.

The decision, penned by Justice Jose Mendoza, is immediately executory

Widely considered as the President’s choice for the post, Jardeleza was excluded in the short list of candidates submitted to President Benigno Aquino III due to integrity issues raised by Sereno.

The rule, Section 2, Rule 10 of JBC-009, reads: “In every case when the integrity of an applicant who is not otherwise disqualified for nomination is raised or challenged, the affirmative vote of all the members of the Council must be obtained for the favorable consideration of his nomination.”

Te said the 7 justices who voted in favor of Jardeleza found that the application of this rule “resulted in denial of due process to him,” considering he garnered a majority council vote.

Jardeleza was voted by 4 of the 6 JBC members, but the unanimous vote requirement invoked by Sereno was adopted.

The President has 90 days to issue an appointment, counted from the day Abad vacated his post last May 22.

This is Jardeleza’s 3rd attempt to join the 15-member High Court.

In its decision, the court likewise ordered the JBC to review and subsequently adopt rules to ensure due process in its proceedings.

This includes rules allowing candidates to comment on oppositions against them. The same rules – particularly JBC 009 and JBC-010 – were invoked by Jardeleza in his petition before the SC.

Jardeleza argued that his right to due process was violated when issues against him were raised without him being informed, a claim the JBC later on denied.

Meanwhile, the SC denied separate petitions by lawyers Purificacion Bartolome-Bernabe and Reynaldo Cortes to intervene in the case.

However, the SC considered Cortes’ opposition-in-intervention with complaint for disbarment as a separate administrative complaint.

“I haven’t read or heard of the SC decision but if true, then it looks like the SC overruled the JBC decision and added a name not on the JBC list. Precedent setting indeed!”