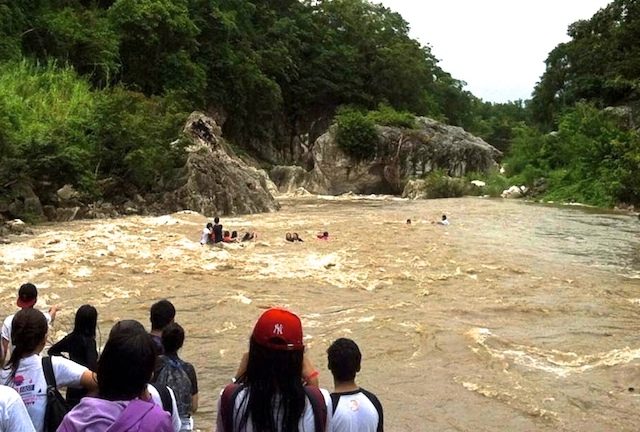 Facebook Twitter Copy URL
Copied
The mother of Helena Marcelo, one of the 7 BSU field trip victims, says she never thought that a supposedly happy occasion would claim the life of her child

MANILA, Philippines – Like other parents struggling for answers, Donna Marcelo just wants to know how an otherwise educational and “exciting” field trip – as promised by the school-provided itinerary – could cause her family such immeasurable grief.

Marcelo is the mother of 16-year-old Helena Marcelo, one of 7 students who drowned in a river in San Miguel, Bulacan, where freshmen tourism students of Bulacan State University conducted a field trip on Tuesday.

In an interview on dzBB on Thursday, August 21, Marcelo, said the trip organizers should not have brought the students to Madlum river, and that the bad weather on Monday should have been enough reason for the cancellation of the trip the following day.

She said what angers her most is to hear comments that the students were being asked to leave the river but would not budge. Marcelo saw pictures of the incident, which have been posted on the Facebook pages of students who joined the field trip.

Nine students – all friends – were crossing the river when the water suddenly surged, sweeping them away. Only two survived.

(When we saw one picture taken, [I thought] how can they leave? The current was so strong. I saw my daughter in the middle of the surging river. Her face was so sad; she didn’t want to go yet. This is why I’m in so much pain.)

Marcelo said BSU faculty members have gone to her daughter’s wake. One of them, whom she described as “ill at ease,” introduced herself as the “assistant dean” of the BSU tourism department, who assured her that they were already processing the “insurance” payment to the family.

(I told her, “Even if we get paid, it would not bring back the life of my child. I want to know the details.” She told me, “Ma’am, it was due to nature.”)

Marcelo said Helena is one of 4 children, and that she and her husband planned the size of their family because they wanted a large family.

“Hindi namin akalain na mababawasan ang mga anak ko (We didn’t think that we would lose a child,” she said.

BSU students appear to have mixed feelings about the tragedy.

On the Bulacan State University Facebook page, some students blamed the school and the faculty members who joined the trip for not protecting the students enough; others said it was an accident that could not have been prevented as it was caused by nature.

The page was also filled with tributes to the casualties, expressions of sympathies to their families, and words of support for the two survivors who lost their friends that day.

BSU has issued an official statement that it has created a Crisis Committee to investigate the incident.

The Commission on Higher Education is conducting its own probe on the matter. CHED Executive Director Julito Vitriolo also said that BSU may be liable for administrative, criminal, and civil charges over the incident.  – Rappler.com

Editor’s note: In a previous version of this story, we referred to Helena Marcelo as “Hannah.” This has since been corrected.