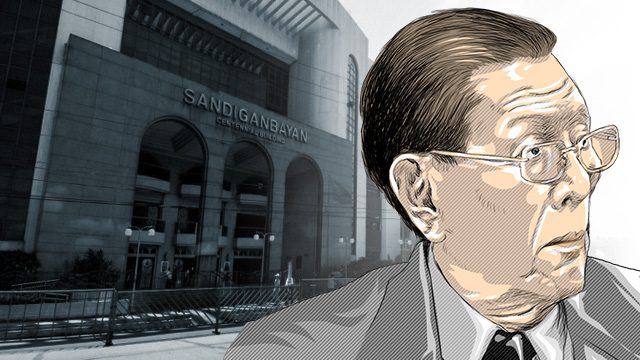 Facebook Twitter Copy URL
Copied
The anti-graft court' finds no merit in Senator Enrile's appeal against his 90-day suspension. The Senate has 5 days from receipt of order to implement it

MANILA, Philippines – The Sandiganbayan’s Third Division has denied the appeal of Senator Juan Ponce Enrile against his suspension as a senator.

The Office of the Senate President has 5 days from receipt of the order to implement Enrile’s suspension, which will be “automatically lifted upon expiration of the 90-day period from the implementation of this resolution,” the court said.

Senate President Franklin Drilon said in a statement that the Senate will abide by the court decision.

“The Senate will abide by the Sandiganbayan’s decision to uphold the suspension of Senator Enrile with finality, and we will implement it as soon as we receive the official copy of the suspension order,” Drilon said.

The court had earlier ordered the suspension of the 90-year-old Enrile, based on the motion of the prosecution, but he appealed it.

In a motion filed on July 14, prosecutors said Enrile’s suspension from office is meant to “preserve the integrity of the prosecution of the accused by preventing him from intimidating or influencing witnesses or tampering [with] documentary evidence, and to avoid further malfeasance while in office.” (READ: Why Enrile’s bail efforts were to no avail)