Sep 24, 2014 3:17 PM PHT
Rappler.com
Facebook Twitter Copy URL
Copied
Join the conversation in Tacloban City on September 20, 2014, as we look at how technology can fuel civic action and imagine what the world would look like if it were #2030NOW

MANILA, Philippines – On September 20 in Tacloban City, Rappler, Microsoft and the Global Center for Journalism and Democracy capped 4 days of think-sessions on technology and what lies ahead with PH+SocialGood 2014: Tacloban #2030NOW.

International and Filipino experts, top officials and key players from diverse backgrounds and fields came together in Tacloban City, the symbolic epicenter of Super Typhoon Haiyan (Yolanda), which hit central Philippines in November 2013.

Alan Alcantara, “The Barber of Guiuan”

Q & A with Petilla and Romualdez

The Evolution of Journalism – Kelli Arena

Romina Sta. Clara of the International Organization of Migration

Q & A with Rosauer and Sta. Clara

Key government and civil-society players assessed the post-Haiyan response and explored the potential of technology and social media to fuel civic action for disaster preparedness and response.

The Summit ended with a call to action for all stakeholders to envision the future we desire and take concrete steps to make that vision a reality today. This girl has been live tweeting way back when it was not yet a thing in the Philippines. Stacy is the youngest member of Rappler’s Core team. A pioneer in her field, this 20-something heads the Social Media Team. 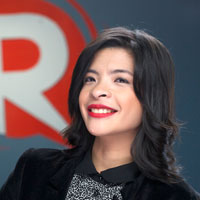 Patricia is a writer, producer and videographer.

She has covered the refugee camps of Burma and the killing fields of Maguindanao. She was first published as a youth columnist by the Philippine Star, and then went on to write a weekly column for the Philippine Daily Inquirer’s opinion section that ran for nine years.  Patricia had her start in television journalism as a production assistant for ANC, the ABS-CBN News Channel. She went on to produce a number of programs and documentaries, including the groundbreaking narrative series, Storyline.

She is a fellow of the South East Asian Press Alliance, a Titus Brandsma Awardee for Emergent Journalism and was part of Devex’s 2012 40 under 40. Her various television projects have been recipients of a number of local awards including the Gawad Tanglaw, the Catholic Mass Media Award, as well as three New York Festivals medals. She writes analysis for Rappler’s Thought Leaders section and is a field reporter for disaster and human rights. She continues to produce political profiles as well as human interest portraits.

Leopoldo Dominico Petilla is currently serving his first term as governor of Leyte. He comes from the Loreto-Cari-Petilla clan, a well-entrenched political family in the province. He is the younger brother of Energy Secretary and former Leyte governor Jericho Petilla.

Maria is CEO and Executive Editor of Rappler.com. She has been a journalist in Asia for more than 25 years, most of them as CNN’s bureau chief in Manila then Jakarta. Maria was one of the founders of independent production company, Probe. For 6 years, she set strategic directions and managed more than 1,000 journalists for the Philippines’ largest news group, ABS-CBN. Her latest book, “From Bin Laden to Facebook,” is part of her work as the Author-in-Residence and Senior Fellow at the International Centre for Political Violence & Terrorism Research in Singapore. She was named the Southeast Asia Visiting Scholar at CORE Lab at the Naval Postgraduate School in Monterey, California. 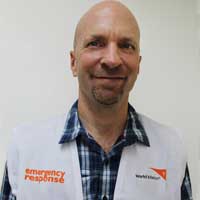 Andrew Rosauer is currently World Vision Haiyan Response’s Response Director based in Tacloban City, Philippines. Andrew has an extensive 25-year experience in humanitarian emergencies and development work spanning different countries including Kenya, South Sudan, Ethiopia, Dominican Republic, Somalia, Kosovo and Bosnia among others. He hails from Colorado, USA. Prior to his assignment for the Haiyan Response, he was based in Nairobi, Kenya as Regional Technical Advisor for Emergencies.

A graduate of the University of the Philippines, Saño has been a longtime environmental activist who spent more than a decade with the World Wildlife Fund. He has also managed various projects on marine protected areas and coastal resources and has worked with various local governments on environmental protection. Appointed commissioner of the Climate Change Commission in 2010, Saño is the head negotiator of the Philippines in the United Nations Framework Convention on Climate Change (UNFCCC) Conference of the Parties every year. In an emotional speech in Poland days after Typhoon Yolanda in November 2013, Saño linked the devastation to climate change.

Dr Solidum has been with Phivolcs since 1984, the agency tasked to mitigate the effects of earthquakes, tsunamis and volcanic eruptions. In 2010, Solidum received the Presidential Lingkod Bayan award for raising the bar of disaster risk reduction and initiating a nationwide mapping program in the Philippines. He’s a recognized expert in Geochemistry, Marine Geology, Volcano and Earthquake Geology, Geologic Hazards Assessment and Awareness, and Earth Science Education. Dr Solidum holds a Master’s Degree in Geological Science from the University of Illinois and completed his PhD in Earth Science at the Scripps Institute of Oceanography, University of California in San Diego.

Romina “Beng” D. Sta.Clara has worked with international agencies for 10 years, and with civil society for 13 years. She has 12 years of actual project cycle management including resource mobilization and donor coordination, both for institutional and private sector donors. She has 10 years of direct experience in policy and public advocacy and popular/adult education. She has been a gender focal person/gender mainstreaming and human rights specialist for a cumulative period of 10 years, both in the civil society organizations’ and international agencies’ context. She graduated with an MA in Women and Development and AB Political Science (cum laude) from the University of the Philippines (UP). She has received certifications from ILO for gender education management and participatory gender audit, and from the Inter-Agency Standing Committee (IASC) Global Protection Cluster on the Guidelines on Gender-Based Violence Interventions in Humanitarian Settings. She has received the EuropeAid Best Communication Award for Asia for a submission on counter-trafficking initiative in the Philippines during her stint as Programme Officer with the European Union Delegation to the Philippines. She is currently with the International Organization for Migration (IOM) Philippines as National Gender Focal Person and National Protection Programme Coordinator.

Video: The barber from Guiuan

Q & A with Maria Ressa and Naderev Saño

Video: Participants Reactions to the Summit

Whether you are in Tacloban or in Tokyo, you can be a part of the PH+SocialGood Summit on September 20, 2014 to share your ideas about technology’s role in social development.

The Tacloban Summit will be held at the Leyte Park Hotel, Tacloban City, from 8 am to 4:30 pm.

PH+Social Good will be live streamed on the front page of Rappler.com and on PlusSocialGood.com. You can also follow our live blog or join the conversation on Twitter using the hashtag #2030NOW.

Entrance is free but prior registration is required as seats are limited. Registration is not yet open to the public. Bookmark and reload this page often to get the latest updates for the PH+SocialGood Summit.