Aquino on FOI bill passage: Look at Congress not me 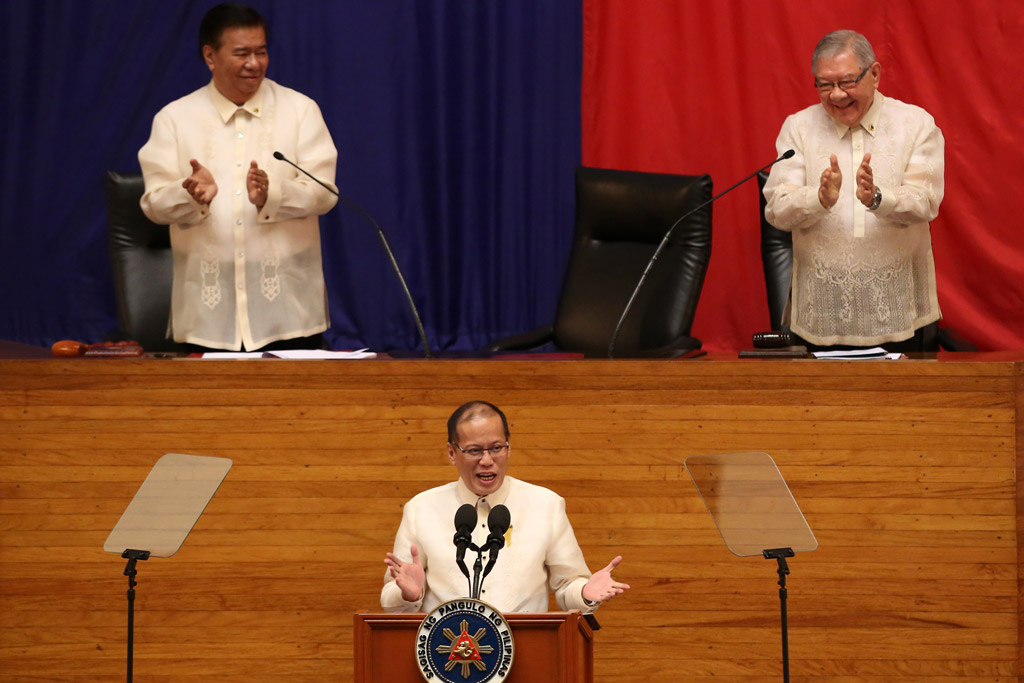 President Benigno Aquino III said on Thursday, August 28, that the executive has done its part, and told the public to address its concerns to Congress which is deliberating the measure.

In an interview on Bombo Radyo aired on Thursday, Aquino said his administration has been nothing but transparent. He emphasized he is not against the bill but said there are still things the bill is lacking.

“All we said is, ‘These are what we need see there,’ and we’ve told Congress about them a while back. So if you have an issue, maybe it’s Congress you need to go, not us,” he said.

Aquino also said unlike the other bills he had certified as urgent such as the sin tax and the reproductive health measures – both passed and enacted into law – the FOI bill does not involve an emergency situation.

“When we look at FOI, was there any information we hid from you or from anybody? Were we not very transparent?” he said.

Aquino said he is often told that FOI advocates want the bill passed in preparation for future leaderships, and not in reference to his administration. This is why, he said, the Aquino administration has submitted its own version to Congress.

In March 2012, the House of Representatives adopted the Malacañang version of the bill, which included additional provisions such as access to financial information, particularly Statements of Assets, Liabilities and Net Worth (SALNs); streamlining of availability of information online via official government websites; use of major Filipino languages in information dissemination; and the creation of “Freedom of Information Manuals” by agencies.

Aquino did not even mention the FOI in his State of the Nation Address (SONA), which was part of his campaign platform in 2010. Marking a bill urgent or at least mentioning it in the SONA is an indirect call for lawmakers to support the bill – assuring it of swift passage in both houses of Congress.

The President, however, had maintained his commitment to see through the passage of the FOI bill during his watch. (READ: FOI bill to pass under my term)

Despite the President’s neither hot nor cold stance on the measure, FOI bill supporters in both houses of Congress, have consistently pushed for the passage of the country’s access to information law.

On March 10, 2014, the Senate passed the FOI Bill on third and final reading. A counterpart bill in the House of Representatives (HB3237), is currently under the technical working group that promised “to expedite” the bill’s passage. – Rappler.com