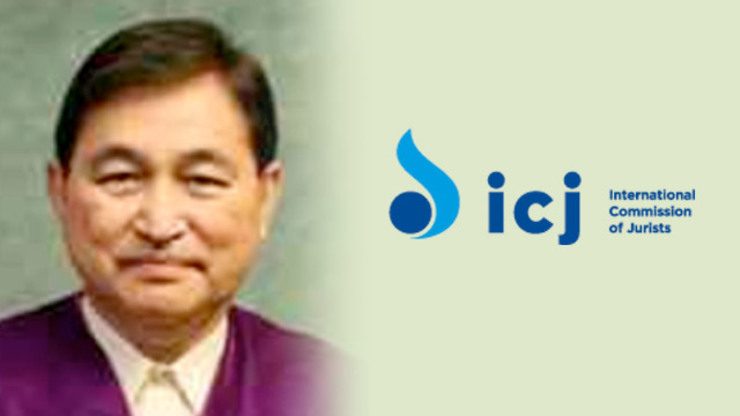 Facebook Twitter Copy URL
Copied
(UPDATED) Former Justice Adolf Azcuna is the first Filipino to hold the ICJ post. He will serve a 5-year term as commissioner based in Manila beginning August

He is the first Filipino jurist to hold the post, and will join 59 other eminent judges and lawyers from other countries who compose the commission.

“He brings his wealth of experience and wisdom to the ICJ. We are confident that ICJ will benefit from his long years as a jurist and as a trainor of judges,” Presidential Spokesman Edwin Lacierda said.

Honor for the Philippines

Azcuna is competent and qualified for the position as an “acknowledged expert on public international law,” Father Ranhilio Callangan Aquino, dean of the San Beda Graduate School of Law, told Rappler.

“It should be a matter of national pride. It shows that we Filipinos are not far behind in our knowledge of international law,” said Aquino, who worked closely with Azcuna.

Azcuna was the chancellor of the Philippine Judicial Academy before he was elected to the ICJ. He also served as an associate justice of the Philippine Supreme Court from 2002 to 2009. Azcuna also took part in the crafting of the 1973 and 1987 Philippine Constitutions.

Azcuna will serve a 5-year term as an ICJ commissioner based in Manila beginning August.

“The ICJ is an excellent organization. I once worked for it for a training mission in Cambodia in the 1990s where we trained the first judges of that country after it’s peace agreement,” La Viña told Rappler.

The ICJ played a leading role in pushing for the adoption of the Rome Statute, which established the International Criminal Court in 1998. – Rappler.com