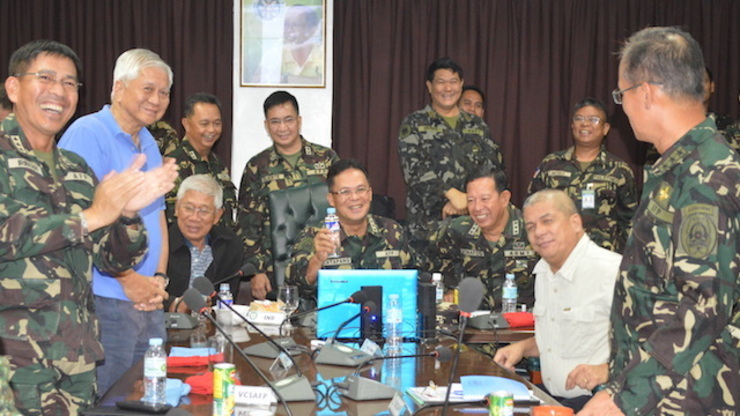 MANILA, Philippines (2nd UPDATE) – The standoff in Golan Heights involving Filipino peacekeepers is over. About 40 troops who were earlier engaged by Syrian rebels in a 7-hour firefight were able to escape midnight Sunday (about 5am in Manila), Armed Forces chief General Gregorio Pio Catapang Jr said in a press briefing at the Philippine military headquarters.

Catapang called it the “greatest escape.” There are no casualties.

The peacekepers have repositioned at another UN post, Camp Ziuoani.

The Filipinos were earlier ordered to stand their ground against the rebels, including some linked to Al-Qaeda’s Syria affiliate, Al-Nusra Front. The firefight changed the situation.

“This attack prompted UNDOF to reposition our troops to a more secure position within the mission area,” Catapang said.

“The Armed Forces of the Philippines and the United Nations will not compromise the safety and security of our troops while in the pursuit of their duties. It is in our national interest to prioritize their safety without abandoning our commitment to international security,” he added.

The United Nations (UN) said the situation in Golan is “calm but tense.” The Syrian rebels are still holding the 44 Fijian peacekeepers. More peacekeepers in another UN posts were evacuated “in light of a nearby mobilization of armed elements.”

Syrian rebels on Thursday took the Fijian peacekeepers hostage and later surrounded encampments of Filipino peacekeepers in Golan Heights. The rebels demanded them to surrender their firearms but they refused. The standoff began.

Firefight erupted 6am on Saturday (11am in Manila), while negotiations were ongoing. “Our troops defended their position. The Syrian rebels attacked on-board pick-up trucks. Our peacekeepers returned fire in self-defense. Our troops fought back bravely and successfully held their positions,” the military said.

Intermittent firefight lasted for 7 hours. Syrian government forces provided fire support, preventing the rebels from closing in. The Philippine military said Israel and US militaries also helped the troops under the United Nations Disengagement Observer Force (UNDOF) during the firefight. 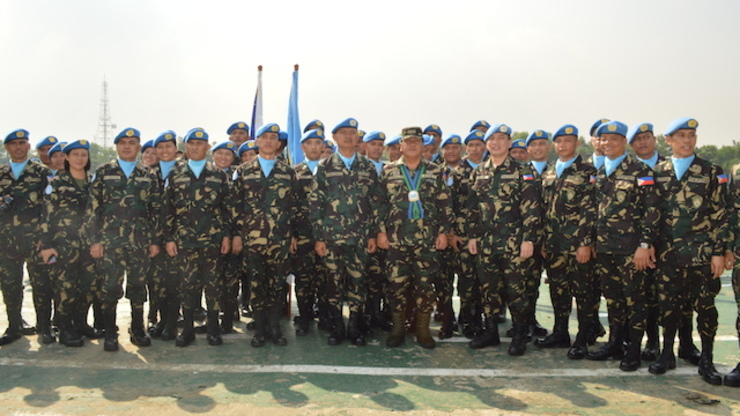 All troops are safe

The other group of about 35 Filipino peacekeepers in another UN post 4 kilometers away – Position 69 – were also able to extricate on Saturday. Irish peacekeepers helped secure the escape route.

The standoff happened at UN posts located in central Golan. As contingency measure, a 3rd group of 58 Filipino peacekeepers in a post in northern Golan also evacuated their posts and consolidated at the UNDOF headquarters.

Ban also called for the immediate release of the Fijian peacekeepers who had been detained, a call echoed later Saturday by a Security Council resolution.

“We are still working towards the safe release of the detained 44 Fijian peacekeepers,” it added. 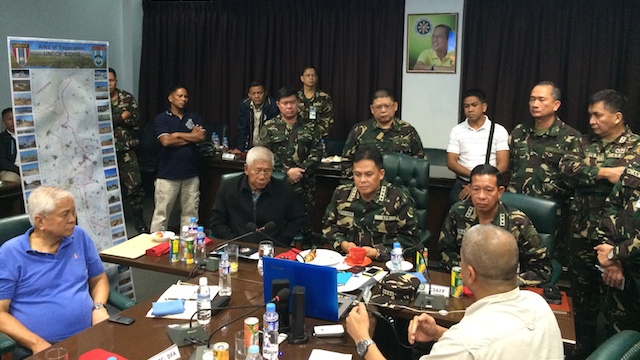 The Filipino peacekeepers defied the rebels because they did not want to meet the same fate of the Fijian peacekeepers who were taken hostage after they surrendered their firearms.

The tour of duty of the Filipino peacekeepers ends in October. Catapang said the troops will finish it.

The incident happens as the Philippine government is finalizing the pullout of troops in Golan Heights, citing the escalating internal conflict.