“How did we reach this point? Bakit hindi natin natugunan kaagad (Why didn’t we address this right away)?” Senator Benigno Aquino IV asked officials of the Department of Transportation and Communications (DOTC) during a Senate hearing on Monday, September 1.

The answer to that question was complicated. There were delays in upgrades, legal issues over ownership and contracts, and a flawed public-private partnership (PPP) projects, the officials said.

“Obviously MRT3 is not a good example of a good PPP,” said Aquino, referring to one of the administration’s flagship programs, the public-private partnerships on major infrastractures.

The stakes are high for the DOTC and the MRT3, which is currently running beyond its designed capacity of 360,000 passengers a day and “crush capacity” of half a million passengers daily. Close to 600,000 passengers ride the MRT 3 daily and the numbers are sure to balloon.

The hearing, chaired by Senator Grace Poe, was prompted by the derailing of an MRT3 train on August 13, which injured at least 36 people. Poe is also the sponsor of a bill that seeks to create a National Transport Safety Board.

During the hearing, Poe urged DOTC Secretary Joseph Emilio Abaya and other transport officials to “show concern” for Metro Manila commuters. Technical glitches, long lines, and reports of human error in operations are persistent problems of the train line. Poe herself rode the MRT3 on Friday, days ahead of the hearing. The senator, who rode end-to-end from the North Avenue station in Quezon city to the Taft station in Pasay City duringn rush hour, was not spared from the daily woes of regular commuters.

“I rode your train. Even the communication system is not clear. You wouldn’t know if there’s an emergency of if it’s already your stop,” noted Poe.

The senator proposed that the DOTC issue vouchers for passengers forced to disembark due to operational glitches, deploy “MRT buses” to accommodate displaced passengers, and provide umbrellas for those lining up outside stations.

(You can’t just say, ‘Thank you, sorry, you have to go down here.’ While we’re waiting for the 48 new cars, you have to show commuters that you’re doing something. The people want to see that the government cares.)

Data from the MRT3 itself paint a bleak picture of the line, supporting the complaints of commuters.

The train line is operated by the DOTC itself while its maintenance is outsourced to a private company. The maintenance operator of the MRT was Sumimoto Corporation from December 1999 to October 2012. After that, PH Trams-CB&T took over for 10 and a half months from October 20, 2012 to September 4, 2013.

The current maintenance provider, Global-APT, took over on September 5, 2013. Its contract is due to expire by September 4 this year.

At least 15% of escalators in train stations and 34% of elevators are not operational, while none of the train line’s ticket issuing machines are still working. Officials said the elevators and escalators could not be fixed because they were already “obsolete.” He added maintenance providers are now unable to look for spare parts.

The result? An average waiting time of 30-45 minutes, around the same time it takes a train to travel from end-to-end.

MRT3 director Renato San Jose said the goal is to cut down waiting time to 10 minutes – but that can only happen by the end of 2016, when all of the MRT3’s proposed projects are expected to be rolled out.

At least 20 trains – or 60 train cars – should be deployed during rush hour.

The DOTC has at least 17 proposed rehabilitation programs for the MRT3, amounting to over P6.85 billion. The biggest among the projects are the acquisition of 48 train carts for the line at the cost of around P3.76 billion pesos, followed by a P1.16 billion for “train general overhauling.”

In an interview after the hearing, Abaya said the 48 trains should be able to sustain the train line “up to the early 2020s.”

But, he said, the projections do not take into account “suppressed demand.” 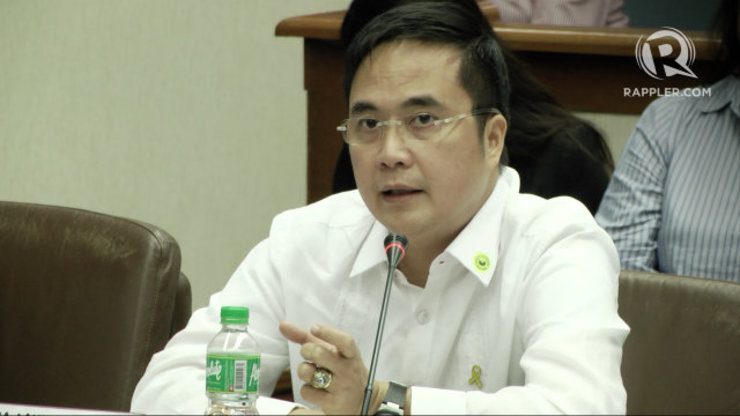 “Wala pa akong nakikita (I haven’t seen data) on suppressed demand. All of us here, if there are additional trains, we’d take the MRT3,” he said. Abaya had taken the MRT, but was heavily criticized for the media stunt.

(I hope we have a holistic plan which covers all aspects of transportation. Not just rail transit or bus transit but even bicycles.) – Rappler.com