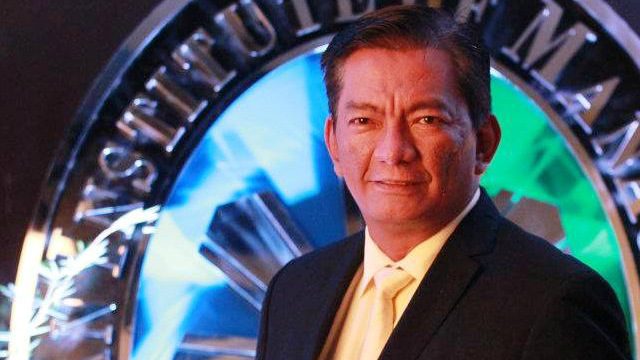 Facebook Twitter Copy URL
Copied
Governor Joey Salceda says it will cause inconvenience, economic disruption, and unnecessary expenses to constituents. He also opposes an order that increases fines for colorum buses and trucks
MANILA, Philippines – Albay Governor Joey Salceda asked the Supreme Court on Monday, September 1, for a temporary restraining order (TRO) against two national government orders that affect provincial buses, including those from his province.
He is petitioning against Memorandum Circular 2014-15, which was issued by the Metropolitan Manila Development Authority (MMDA) and the Land Transportation Franchising and Regulatory Board (LTFRB).
This order limits buses from Southern Luzon and Bicol provinces at a terminal in Alabang in Muntinlupa City, effectively banning them from EDSA, one of Metro Manila’s main roads that they used to ply until the order took effect August 28.
Salceda also wants to stop the implementation of Joint Administrative Order (JAO) 2014-01, which was issued by the Department of Transportation and Communications (DOTC), the LTFRB, and the Land Transportation Office (LTO).
It sets higher fines and penalties for colorum buses and trucks, and for other road violations.
In filing his petition, Salceda joined groups that ealier assailed the policies – the Samahan ng mga Tsuper at Operator ng Pilipinas Genuine Organization (Stop&Go) and trucking firm Ximex Delivery Express.
The Albay governor said the memorandum and the joint order would cause “economic disruption, gross inconvenience, and unnecessary expenses” to his constituents and the entire province of Albay.
Alabang terminal not ready
Salceda also noted that Muntinlupa’s Alabang Terminal is neither ready nor capable of accommodating the buses affected by the memorandum.
He also pointed out that placing the endpoint for provincial buses from Southern Luzon and Bicol buses in Alabang will not directly address the traffic woes in inner Metro Manila.
He said banning the provincial buses from EDSA would also result to a breach of contract between the affected vehicles and operators of their terminals in Cubao, Quezon City, and in Pasay City.
Higher fines
Under the joint order on higher fines, which went into effect on June 19, bus operators will be fined P1 million – from an earlier P6,000 – if they are found operating a colorum vehicle, even on first offenses.
Operators of colorum trucks will be fined P200,000; colorum jeepneys, P50,000; colorum vans, P200,000; colorum sedans, P120,000; and colorum motorcycles, P6,000.
Colorum vehicles will also be impounded for a minimum period of 3 months. The certificate of public convenience of the vehicle will also be revoked, along with its vehicle registrations. Such vehicles will also be blacklisted from being used as a public utility vehicle in the future.
A second offense will merit the revocation of certifications for the entire fleet of the operator, with the vehicle being blacklisted from being used as PUVs in the future. The vehicle registrations will also be revoked.
The order also imposes a P5,000 fine against those who fail to attach or who improperly attach or tamper with motor vehicle license plates and third-plate stickers. – Rappler.com