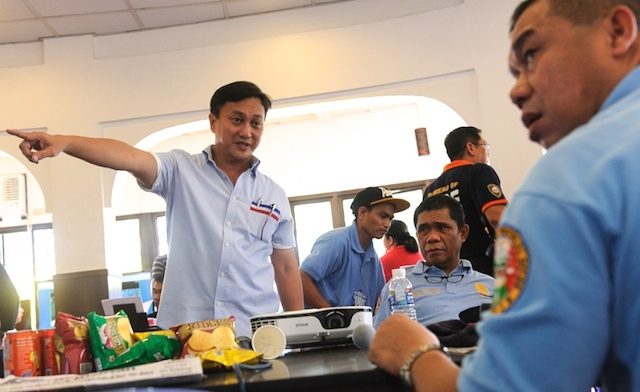 Reacting to reports that Albay Governor Joey Salceda asked the Supreme Court (SC) to issue a temporary restraining order (TRO) on the newly implemented policy, Tolentino told dzRJ radio that, based on experience, the High Court, favors the national government on such matters.

Memorandum Circular 2014-15, which the MMDA and the Land Transportation Franchising and Regulatory Board (LTFRB) started implementing over the weekend, requires all buses from Southern Luzon and Bicol provinces to stop at the Alabang terminal in Muntinlupa City. This bans them from EDSA, one of the main roads of Metro Manila that they used to ply.

As a result of the order, “colorum” provincial buses are only allowed to stop at designated stations, after which passengers may take other forms of transport to enter the metro. Some 236 buses from Southern Luzon and Bicol, for instance, are only allowed to disembark at the South Station in Muntinlupa city.

Salceda told the SC it would cause inconvenience and economic disruptions to his constituents.

Tolentino said he “looks forward” should the SC ask the MMDA to reply to the petition, but added: “Historically, when we were likewise attempted to be TRO’d when we opened the Southwest Interim Provincial terminal, the High Court did not lift a finger on several petitions filed.”

The Southwest terminal is the endpoint of buses coming from Cavite.

Tolentino also defended the order, adding that Salceda may have been “misinformed on the real issues.” He said only buses that are colorum or out-of-line will be required to stop at the South Station.

“I think the facts will sustain us because these buses are colorums, out-of-line, so what happened is that every time they traverse EDSA, or enter Magallanes, or Buendia, or EDSA-Pasay-Taft, they are apprehended. What happens is that the riders will be asked to disembark the bus because the bus will be impounded,” said Tolentino.

“Legitimate” buses with franchises that allow them to enter the metro, said Tolentino, will not be affected by the scheme.

The move to prevent out-of-line buses from entering EDSA is part of government’s efforts to ease traffic in congested metropolis.

Tolentino added that the move favors passengers from the Bicol region because the order ensures they will be boarding legitimate buses once inside Metro Manila.

But Salceda in his petition argued that the terminal in Muntinlupa was not ready nor capable of accommodating the 236 buses. He added that changing the endpoint for the provincial buses would not ease traffic in Metro Manila. – Rappler.com