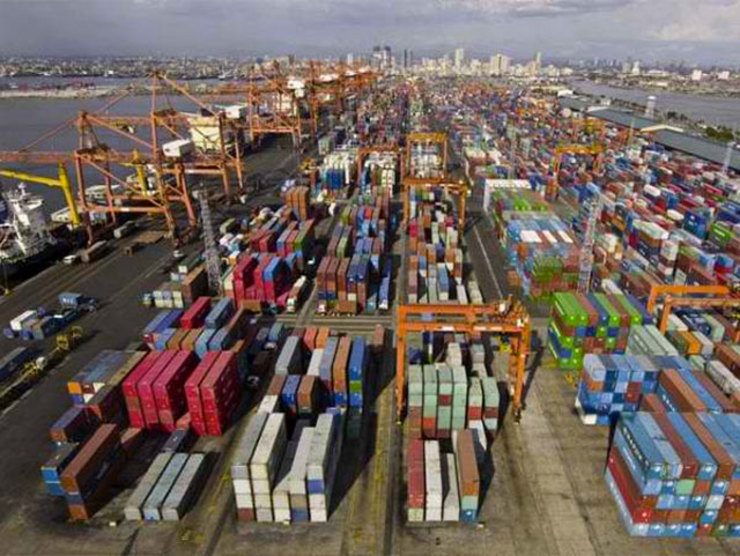 MANILA, Philippines – President Benigno Aquino III considers the problem of congestion in Manila ports a “very high priority” that he convened the Cabinet cluster on port congestion to address the issue and find an “immediate resolution” on Tuesday morning, September 2.

According to Communications Secretary Sonny Coloma, the major agreements reached during the meeting were:

Coloma said the 24-hour last mile privilege will allow trucks to complete the final mile of their journey to complete their delivery, even if the truck ban is in place.

“But this will be an incentive offered to those who are operating on Sunday,” Coloma clarified, since truckers barely operate on that day.

The truck routes run from the Port of Manila to authorized warehouses in Metro Manila and vice versa. Coloma said there are also truck lanes from Roxas Boulevard and Quirino Avenue to the South, and another from Andres Bonifacio C3 to North Luzon Expressway.

Coloma also said the solutions agreed upon by the Cabinet gives cargo owners “sufficient chance to help with the decongestion of the Port of Manila.”

The worsening problem of port congestion at the Port of Manila and the Manila International Container Port (MICP) was triggered by a daytime truck ban imposed by the city of Manila in February.

Following the truck ban, empty container vans owned by shipping lines occupied 50% of the container yards, which caused the congestion at the ports.

This led to more problems because many local and international vessels were unable to dock and unload their cargoes, prompting major shipping lines to boycott the city ports due to lack of berthing spaces.

The congestion has affected at least 20,000 workers who have had less work, and resulted in higher shipping costs of up to 5 to 10 times more; higher prices of goods which caused a spike in inflation; the loss of imports, orders and clients; difficulty in meeting company targets; and increased trucking costs, among others. – Rappler.com