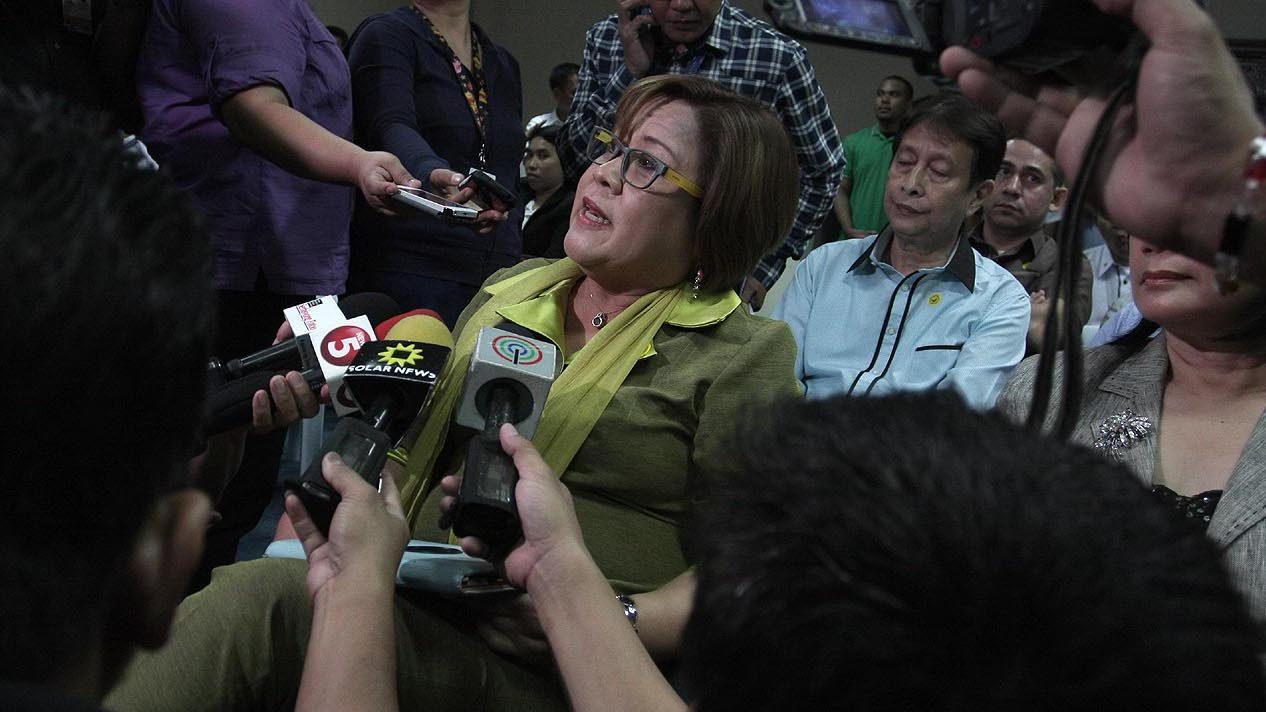 Facebook Twitter Copy URL
Copied
The name of the justice secretary – a former election lawyer – is once more floated as possible successor of Comelec Chair Sixto Brillantes Jr, who retires in February

MANILA, Philippines – Justice Secretary Leila de Lima on Wednesday, September 3, said she is “not aspiring” to head the Commission on Elections (Comelec) but is “pleased” that some people are pushing for her.

De Lima made the comment on Wednesday, September 3, as names, including hers, were again floated around for the top poll post as the retirement of Chairman Sixto Brillantes Jr neared.

On Tuesday, a poll official told select reporters that within the commission, De Lima’s name had been floated, along with former Supreme Court Associate Justice Antonio Eduardo Nachura.

The poll official, who requested not to be named, also confirmed that Comelec people are also aware that the names of Land Transportation Franchising and Regulatory Board Chairman Winston Ginez and former Supreme Court Justice Roberto Abad were being floated.

“Pangarap lang ni Chair Brillantes ‘yan. Of course I am, what, medyo pleased na may ganyang nagpu-push, but hindi ko po pangarap ‘yan,” De Lima told reporters. (It’s just a dream of Chairman Brillantes. Of course, I am somewhat pleased that there are those who push for it, but I’m not aspiring for that.)

“Hindi ko po alam kung ano ang susunod kong calling after the Department of Justice,” she added. (I don’t know what my next calling is after heading the DOJ).

De Lima was an election lawyer before she led the Commission on Human Rights (CHR) in 2008 and got appointed to DOJ in 2010.

This is not the first time De Lima’s name was mentioned as a possible successor to Brillantes, who is set to retire on February 2, 2015.

In May 2014, 1-BAP Representative Silvestre Bello III hinted that De Lima was interested in the top Comelec post.

De Lima dismissed the insinuation, saying then that she was focused on her job as justice secretary. – Rappler.com