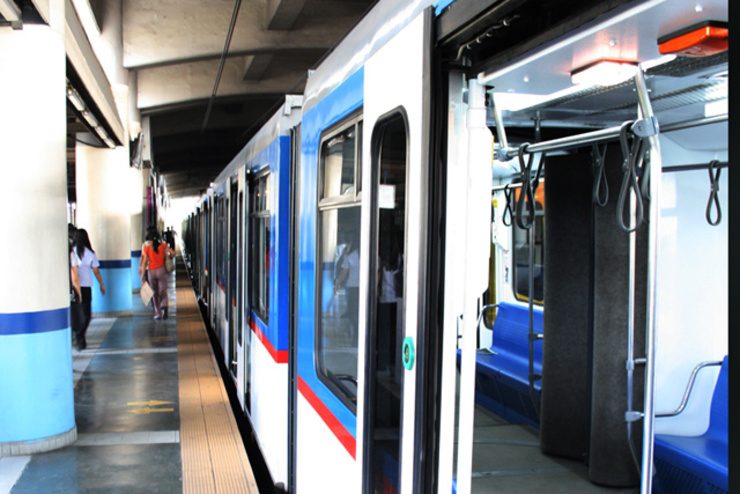 Facebook Twitter Copy URL
Copied
'There is a problem, but it's a problem that should have less problems attached to it if certain things were done before we took it over'

MANILA, Philippines – According to President Benigno Aquino III, the problem with the Metro Rail Transit (MRT) would not be as big if the previous administration of Gloria Macapagal-Arroyo had dealt with it.

On Monday, September 8, Aquino vowed his administration is “on top of the situation,” but said part of the problem was the inaction of those who came before him.

“There is a problem, but it’s a problem that should have less problems attached to it if certain things were done before we took it over,” he told reporters in Davao on the sidelines of the Mindanao Inclusive Agribusiness Program launch.

“We were left with something that is really old, about 30 years old,” he added.

Aquino cited complications with maintenance contracts, as well as difficulties in finding the right coaches for the best price. He said the company that wanted an extension of 25 years or 30 years to their franchises also wanted an increase in rates, which he said they did not accede to as a rise in rates would be met with resistance from the commuting public.

The president did acknowledge however, that the railway line has experienced “above normal glitches in their system,” but said the work on it is ongoing. A few weeks prior, he said the Department of Transportation and Communications (DOTC) suspended the line’s operation to “undertake a more thorough review of the entire system.”

He also highlighted that the government is getting new units to replace the old, and help accommodate the two million people who come in to the metropolis daily. According to Aquino, the current units can only accommodate about 300,000 passengers per day, but the actual ridership is about 500,000, which is “a sign people have to commute.”

Aquino said he would be meeting with Transportation Secretary Joseph Emilio Abaya Monday afternoon to discuss updates on the MRT.

Asked how long the commuting public will have to tolerate the difficulties, the president said he would respond after the meeting.

“I had something like 11 problems last Tuesday I had to attend to, and this was the second batch that came Thursday. We’re still finishing the ones that came Tuesday,” he said, citing issues like the Ebola virus and the standoff at Golan Heights as the other problems he has had to attend to.

The MRT3 has been in hot water since mid-August after one of its trains derailed and bulldozed through one station’s safety barriers. Just last week, an MRT3 unit was moving with doors wide open, risking the safety of passengers.

In a Senate hearing, MRT3 officials said a fourth to a third of escalators and elevators were not functioning, the train’s signalling system was obsolete, and none of its ticketing machines were working. (LIST: Proposed MRT3 rehab projects) – Rappler.com