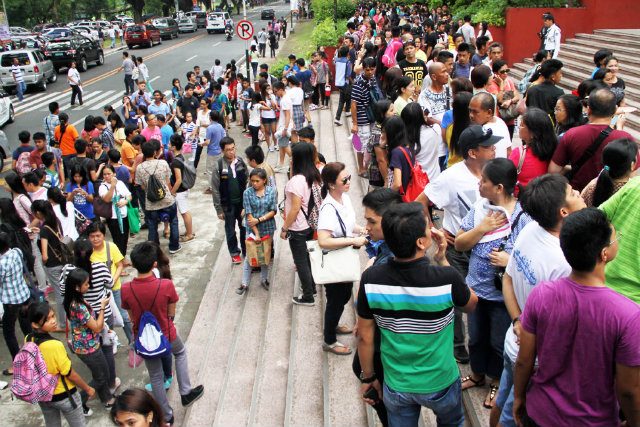 Facebook Twitter Copy URL
Copied
The act seeks to give automatic admission and scholarship to deserving public school students in State Universities and Colleges, except UP

MANILA, Philippines – Deserving yet underprivileged students across the Philippines may have less to worry about regarding their college education.

The Senate has approved on third and final reading Senate Bill 2275 which seeks to mandate all State Universities and Colleges (SUCs) to grant automatic admission and scholarships to the top 10 students in the graduating class of public high schools.

The “Iskolar ng Bayan Act” was authored by Senate Majority Leader Alan Peter Cayetano and sponsored by Senator Pia Cayetano, the chairperson of the Senate Committee on Education, Arts, and Culture.

The Iskolar ng Bayan Act covers all 547 SUCs except the University of the Philippines System because of its autonomy as the national university, as provided under Republic Act 9500 or the UP Charter of 2008.

According to senators, if passed, the law will benefit almost 80,000 public school students.

Aside from waiving school fees, deserving students will also get a “reasonable” monthly allowance for books and other necessities.

Representative Lino Cayetano of the Second District of Taguig City filed a similar bill in the House Congress.  The proposed measure is awaiting plenary approval.

The House version of the Iskolar ng Bayan Act also gives additional slots to schools with more than 1000 graduates.

It also mandates that the beneficiaries will be covered by Commission on Higher Education (CHED) scholarships after one year. – Rappler.com