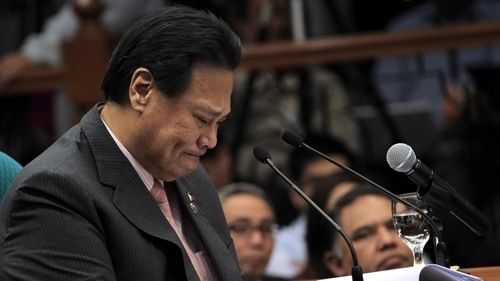 MANILA, Philippines – Is it enough to remove Renato Corona from the Supreme Court? Or should government pursue cases against him?

The senators who convicted Corona are split. Saying no one is above the law, senators Alan Peter Cayetano and Francis Pangilinan want government to file separate charges against Corona.

The House leaders and congressmen-prosecutors refuse to take positions themselves. Speaker Feliciano Belmonte said the duty of Congress is to impeach and remove erring government officials. He said it’s up to the other government agencies like the Office of the Ombudsman and the Bureau of Internal Revenue (BIR) to determine if criminal charges need to be filed.

During the impeachment trial, Ombudsman Conchita Carpio Morales and BIR Commissioner Kim Henares both admitted their agencies were investigating Corona. But there’s no word so far if they will file charges.

Rappler interviewed 2 private prosecutors, who were key players in Corona’s impeachment trial. They said the evidence the prosecution panel presented is enough to file 4 strong cases against Corona:

However, Justiniano said the government cannot file all 4 cases against Corona. “If government files perjury, it can’t file violation of RA 6713 because of double jeopardy. But forfeiture of unexplained wealth and tax evasion can proceed,” he said.

Rappler also interviewed former senator and lawyer Rene Saguisag and Ateneo School of Government Dean Antonio La Viña, who agreed there’s basis for filing a perjury case against Corona on the basis on his “non-declaration” of assets in his SALN. La Viña said it’s also up to the BIR to investigate if Corona paid taxes for his dollar earnings.

But La Viña said “much stronger evidence will be required for the criminal cases.” 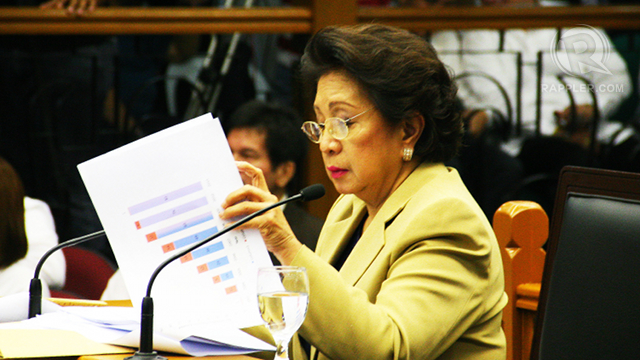 Voting 20-3, the Senate court convicted Corona under Article 2 of the impeachment complaint — failure to accurately declare his assets in his Statement of Assets, Liabilities and Networth (SALN). The maximum punishment in an impeachment court is removal.

Corona admitted before the impeachment court that he has dollar and peso bank deposits totaling P183-M. In his 2010 SALN, he only declared P3.5 million in “cash and investments.” The prosecution panel also alleged various inconsistencies in his SALNs regarding real property acquisitions.

If the same charge is filed in a criminal court and Corona is also found guilty, Justiniano said the penalties are grave. “Violation of the SALN law under Republic Act 6713 is punishable with imprisonment not exceeding 5 years,” he said.

Section 11 of RA 6713, the Act establishing a code of conduct and ethical standards for public officials, specifies the penalties for violations of the SALN law.

Saguisag also cited the case of former Calauan Mayor Antonio Sanchez who was fined P5,000 per year for 4 years, for perjury by omission, or non-compliance with the SALN law. “To me, this precedent should be good enough for starters, given how the SC has been with lower-level employees charged with SALN infractions,” said Saguisag.

Citing the secrecy of foreign currency deposits, Corona said during the trial he did not have any obligation to declare his US$2.4-M dollar deposits in his SALNs. His peso deposits were also supposedly commingled funds.

Possible Case 2: Perjury for “lying” in his SALN
Court: SandiganBayan
Who may initiate case: Ombudsman Section 7 of Republic Act 3019 or the Anti-Graft and Corrupt Practices Act requires all public officials to file a “a true detailed and sworn statement of assets and liabilities.” It is also called the SALN law.

“The SALN is filed under oath. Anything stated there that’s false can be a potential case for perjury,” said the other private prosecutor who refused to be named.

Violation of Section 7 of the SALN law carries a penalty: “a fine of not less than one hundred pesos nor more than one thousand pesos, or by imprisonment not exceeding one year, or by both such fine and imprisonment, at the discretion of the Court.”

But perjury has grave penalties under Article 183 of the Revised Penal Code:

Art. 183. False testimony in other cases and perjury in solemn affirmation. — The penalty of arresto mayor in its maximum period to prision correccional in its minimum period shall be imposed upon any person, who knowingly makes untruthful statements and not being included in the provisions of the next preceding articles, shall testify under oath, or make an affidavit, upon any material before a competent person authorized to administer an oath in cases in which the law so requires. 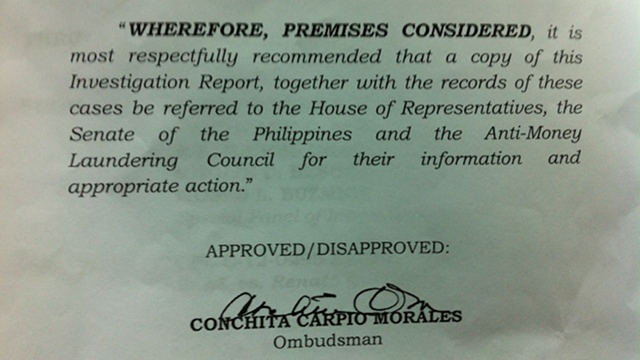 The bigger case could be unexplained wealth, said the private prosecutors. If found guilty, Corona’s assets could be forfeited under Republic Act 1379, the Act declaring forfeiture in favor of the state any property found to have been unlawfully acquired by any public officer or employee.

“He admitted assets far beyond his known income. Unexplained wealth is presumed to be ill-gotten,” said the other private prosecutor.

Under RA 1379, it is the Office of the Solicitor General that conducts inquiry on unexplained wealth. This task was transfered to the Ombudsman under the RA 6770 or the Ombudsman Act.

Acting on various complaints filed before the Office of the Ombudsman — including a forfeiture case — Morales formed a fact-finding group to investigate Corona. The group concluded that his total unexplained wealth is about P677-M. The Ombudsman’s report was sent to Congress and the Anti-Money Laundering Council.

“You don’t even have to prove ill-gotten. The burden is on him to prove it is not. Where did the money come from?” the private prosecutor added.

Based on the Ombudsman’s report, Corona supposedly has at least US$10-M in dollar deposits, much higher than the amount that Corona admitted. The Ombudsman’s computaton was based on records of the Anti-Money Laundering Council.

Supreme Court chief judicial officer Araceli Bayuga said Corona earned P21.6-M in salaries and allowances from the time he was appointed to the High Court in 2002 until 2011.

But Corona said he has been investing in foreign exchange since the 1960s. His peso deposits, on the other hand, were supposedly commingled funds. The prosecution panel dismissed Corona’s explanations as “palusot.” Prosecutors believed that it was ill-gotten. 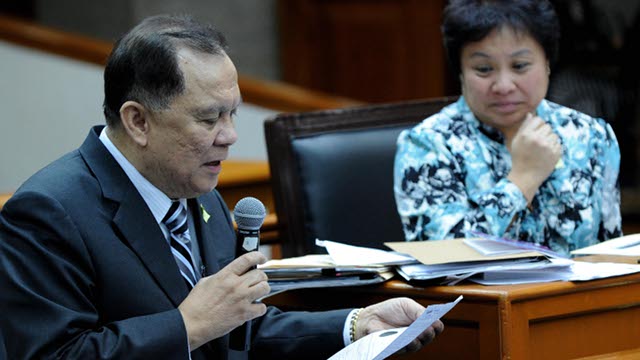 BIR records show that from 2002 to 2010, tax records of Corona only came from the “Alpha lists” submitted by the Supreme Court, which automatically withholds taxes on his salaries.

If Corona invested in foreign exchange as he claimed, Justiniano said Corona should have paid separate taxes for the transactions.

La Viña said it’s also up to the BIR to “investigate whether he paid taxes on his dollar earnings.”

Based on Corona’s testimony, La Viña said the former Chief Justice may also have engaged in illegal black market dollar trading in the 70s. But he cannot be held liable for it anymore because it has prescribed. – Rappler.com