Makati bidder: ‘I was trapped in the elevator’ 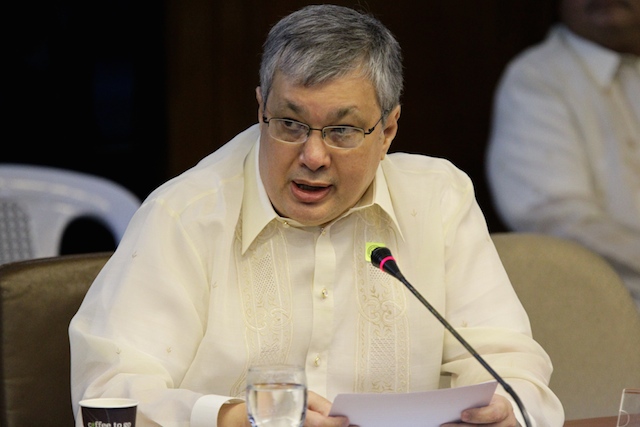 MANILA, Philippines – He perceived the city’s bidding process as “fairly sketchy” but pushed through with a bid anyway.

On May 15, 2007, businessman Marcial Lichauco Jr – who testified at the Senate probe on the alleged overpriced Makati City Hall Building 2 on Thursday, September 11 – found himself stuck inside a Makati City building elevator on his way to bid for the city’s rescue and emergency equipment.

Lichauco was alluded to during a September 4 Senate Blue Ribbon sub-committee hearing on the alleged overpriced Makati City Hall Building 2. The building is the basis of plunder raps against Vice President Jejomar Binay and his son, Makati city Mayor Junjun Binay.

Former Makati city bids and awards vice chairman Mario Hechanova had told the Senate panel in the earlier hearing that bid-rigging was the “usual practice” in the city. One time, Hechanova said, he was ordered to trap a bidder inside an elevator so the Binays’ preferred company would snag the deal.

Lichauco told the Senate panel that he heard Hechanova’s testimony on the radio, which matched his own experience with the Makati City government.

The businessman told the Senate panel that on May 15, 2007, he arrived at the Makati City Hall at 12:53 pm for the 2 pm bid. He and his colleague boarded one of the two working elevators which “got stuck close to the 7th floor.”

Makati employees took more than an hour to fix the problem, he said. At around 1:55 pm, the elevator – which was packed with people and made breathing difficult for some – was brought back to the first floor, and they arrived at the designated room past 2 pm.

Lichauco’s 911 Alarm was disqualified from the bid, something they questioned before the Makati government. Two other bidders also lost to Alexandrite Blue.

In his earlier testimony, Hechanova said that the “trapped” bidder, whom he did not name, was accompanied by his “mother” who had to receive medical treatment because of the elevator incident.

In his testimony, Lichauco clarified that the woman with him was an executive of his company, and was apparently mistaken for his mother since she entered the conference room in a wheelchair.  She had to be brought to the city hall clinic after the elevator ordeal.

But even before the elevator incident, Lichauco said he found the bidding process “fairly sketchy.” Not all of the requirements were listed down, he said.

At the end of Lichauco’s testimony, Senator Alan Peter Cayetano urged “other businessmen in the know” to testify as well. “Not only in this city but in other cities. If you want change, you have to come out,” he said. – Rappler.com