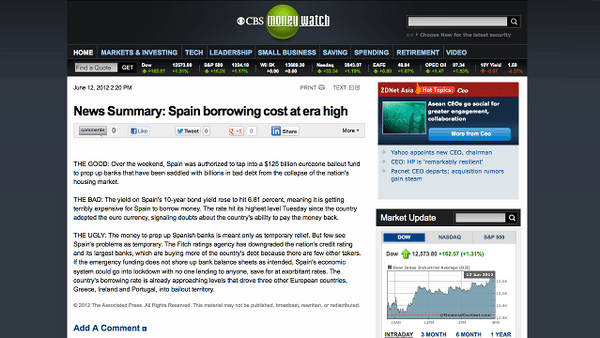 The crisis in Europe is far from over.  Spanish government bond yields reached its highest level since the inception of the Euro following Spain’s acceptance of a new $125B eurozone bailout package over the weekend. The bailout package was meant to prop up banks that have been riddled in billions of dollars of debt caused by the collapse of Spain’s national housing market. The yield on bonds rose to 6.81% – this means borrowing rates have gotten higher, and the country’s ability to settle these debts raising red flags across the region. The Wall Street Journal reports that the turmoil has spread to Italy, the third largest economy in the Eurozone behind Germany and France.