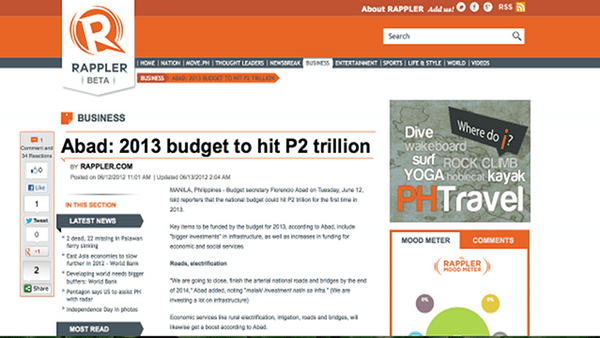 The national budget for 2013 could reach up to P2 trillion. Budget Secretary Florencio Abad says this is the first time in history that this will happen. Key funding will go to “bigger investments” including major infrastructure projects and economic and socio services. Significant investments will also be made in education. The government hopes to close the classroom gap by the end of 2013 by adding 25,000 more classrooms and 63,000 more teachers. Bulk of the 2013 budget will be funded through revenues, although Abad expressed hope that Congress will pass the sin tax bill which will be used to fund Philhealth premium subsidies for poor families.