Pentagon to gift Philippines with radar 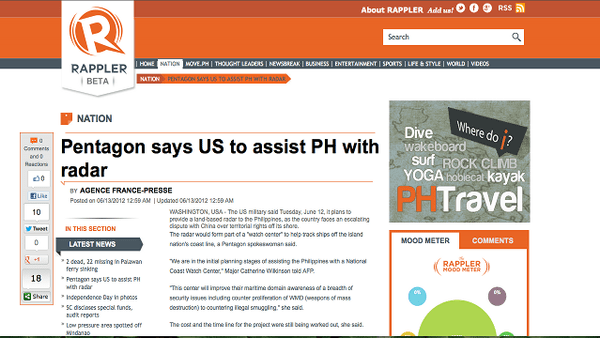 The Pentagon announced plans to provide a land-based radar to the Philippines as part of its offer of support for the Philippines following President Noynoy Aquino’s meeting with US President Barack Obama in the United States last week. The radar will form part of a National Coast Watch Center that will help track ships off the nation’s coastline. The move is seen as Washington’s strategic shift towards Asia amid its growing rivalry with China. It also comes amid tensions between the Philippines and China over the Scarborough Shoal, a mineral rich area off the coast of Zambales.