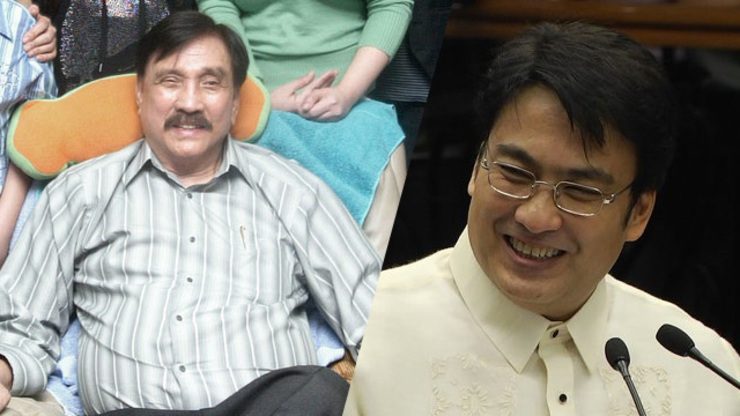 The rebates are in exchange for endorsing irregular transactions that defrauded millions in government funds.

A close aide of the old man Revilla, Cambe was among the few retained by the younger Revilla at his father’s prompting.

“I was closer to the father having worked with him since 1993,” he earlier told Rappler, adding that he was even demoted at the younger Revilla’s office.

The older Revilla’s declared wealth exponentially grew over the course of his Senate stint. From 1993 to 2007, his P5.98-million net worth rose to P116.86 million. He chaired the chamber’s public works committee during those years. (READ: The wealth of the old man Revilla)

For conspiring to enrich the lawmaker, Cambe and Napoles are named Revilla’s co-accused.

Sula was testifying Thursday during the hearing on the plea of the 3 accused to be allowed to post bail. (READ: Benhur Luy ran away with the money, says Revilla camp)

Sula, a long-time employee of Napoles, said Cambe was a frequent visitor at the JLN Corporation office.

Sula showed the court a photo (shown below) taken with Cambe during the birthday celebration of one of Napoles’ employees. The witness, however, failed to mention an instance when she personally saw the accused Revilla receive money from Napoles.

She said Revilla would often be present during social gatherings with Napoles, but she had not seen the senator collect from Napoles.

She said she only overheard Napoles’ phone conversations with the senator, confirming receipt of his kickbacks.

At one point, when she asked Cambe to buy snacks for Napoles’ employees, Cambe told her he couldn’t do so because the money was not his but Revilla’s.

Sula remembered greeting the senator when he came to the death anniversary of Napoles’ mother Magdalena.

Revilla’s presence in the gathering was corroborated by state witness Merlina Suñas in a separate testimony. (READ: PDAF witness admits to assisting in irregular Navy deals)

Sula also recalled from the witness stand various times Cambe would take bags of cash from the JLN office as supposed commissions of his boss.

In one instance, she likewise remembered handing around P15 million ($336,882) to Cambe inside a bank in Manila.

This, she said, may not have been recorded in Luy’s infamous ledger. (READ: Luy testimony inadmissible, defense lawyers argue) – Rappler.com