Media deals & the power of social 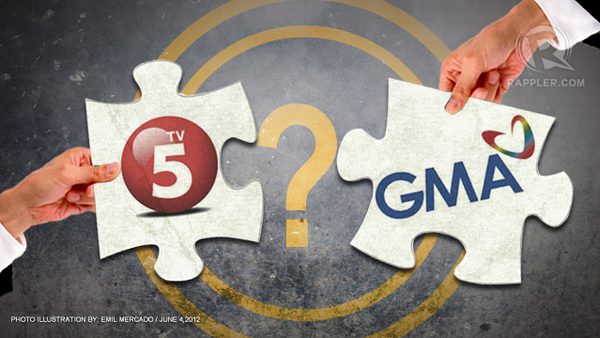 TV5 chair Manny Pangilinan said he expects a deal between TV5 and GMA7 “by the end of the year” putting together the resources of the 2nd and 3rd television networks in the Philippines.  At the PLDT shareholders meeting Thursday, Pangilinan, the chairman of the largest telecommunications company in the country, said he believed telecommunications companies like PLDT may become obsolete and that “social media is the future.” It’s a much broader vision of convergence than previously stated by the PLDT chairman and addresses his reasons for his media buys.  At about the same time, San Miguel president Ramon Ang said he is “seriously considering” entering the field of media.  Ang has previously said he has great relations with GMA7 owners and seemed to hint he would buy into a broadcast firm – or firms – in the future.

Read more about Ramon Ang’s media deal, the TV5-GMA7 deal  and the future of social – all on Rappler.