‘CJ selection is next chapter of Corona Trial’

Jun 15, 2012 3:14 PM PHT
Facebook Twitter Copy URL
Copied
Some say the judiciary has been injured and damaged so the next guy should be a healing Chief Justice. What's more important are the judicial reforms. 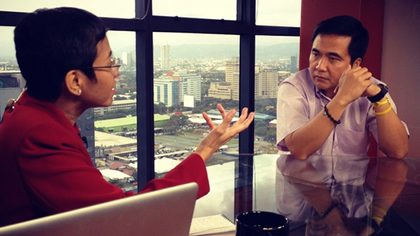 He said the selection of Corona’s replacement is the “second chapter of impeachment.”

“It’s an opportunity that should not be wasted,” Abaya told Rappler executive editor Maria Ressa during #TalkThursday.

Above all qualifications, Abaya said the next Chief Justice should be a champion of judicial reform.

“Some say the judiciary has been injured and damaged so the next guy should be a healing Chief Justice. For me, more important are the judicial reforms,” he said.

“If we need to bare some more wounds just to achieve judicial reforms that our people will feel, then we should bear those wounds,” he added.

He said government officials will now take seriously documents such as the Statement of Assets, Liabilities, and Net Worth (SALN) and the Income Tax Return (ITR).

“Based on the congratulatory messages we got, people see it more than mere conviction. It’s a dawning of a reform era. Hopefully it’s not merely confined to the judiciary. It would branch out to other branches of government and probably even to the private sector,” Abaya said.

“I know the most popular acronym today is S-A-L-N. And chances are, next to that would be our income tax return, the ITR. For sure, all government officials would now be very, very careful in filling out those two. They were neglected documents before. So that’s one nice thing. It’s an unexpected accomplishment that we’ve done,” he said.

But are the lawmakers prepared for the level of scrutiny they have now set?

“Prepared or not, they are forced by circumstance to take those documents seriously,” Abaya said. – Rappler.com