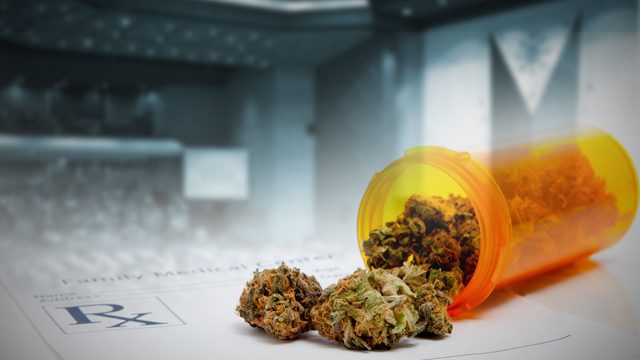 MANILA, Philippines – Medical marijuana may have gotten the nod of the country’s senior Church leaders, but Filipino doctors question the need for a law that will legalize and regulate it.

Medical groups in a joint statement said that House Bill 4477 or the Compassionate Use of Medical Cannabis Bill “does not address the compassionate use of medical marijuana among select patients with potential indications.”

“There are existing provisions in our health care system that will allow the compassionate use of marijuana under the research setting,” read the statement released Wednesday, October 1, by the following organizations:

Albano also urged Filipinos to start talking about the merits of medical marijuana.

But the groups on Wednesday said there is no need for a law since the country’s Food and Drug Administration (FDA) already allows the compassionate use of medical marijuana based on certain rules and restrictions.

For them, regulation of medical marijuana should be left to FDA.

“The evidence for efficacy of natural marijuana/cannabis extract for conditions like tremor, tics, Parkinson’s disease and epilepsy is poor. While there are anectodal successes in treatment, there are also tragic failures,” they added.

If a treatment is proven ineffective, the groups said it must not be approved for compassionate or general use.

Instead of new legislation, they proposed the creation of a task force that will review existing policies and systems, and explore other options regarding medical marijuana.

For instance, they said the country’s Dangerous Drugs Board can do the following:

They also suggested that the National Integrated Research Program on Medicinal Plants and/or the Philippine Institute of Traditional and Alternative Health Care conduct research on marijuana.

“We understand the concerns of patients who may potentially benefit from the use of medical marijuana. However it is our moral and ethical responsibility to safeguard the interests of our Filipino patients,” the groups said.

The proposed task force will include specialists, scientists, and authorities on ethics and regulation. – Rappler.com