Oct 4, 2014 9:53 AM PHT
Rappler.com
Facebook Twitter Copy URL
Copied
Defense Secretary Voltaire Gazmin says the President had ordered them 'not to disturb the status quo' to allow the Philippines to keep its 'moral high ground' while the case is pending in the arbitral tribunal 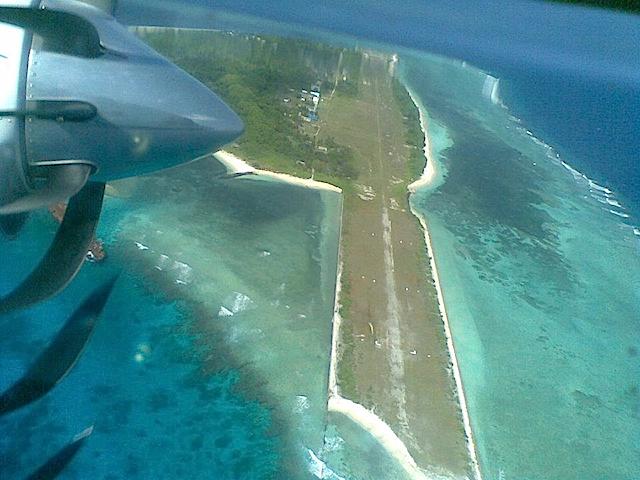 Gazmin said the President ordered the department to “not disturb the status quo” while the case is pending to allow the country to keep its “moral high ground” on the matter. The Philippines continues to protest China’s reclamation and construction activities in disputed maritime territories for what appears to be a military base in the Mabini Reef and lighthouses in other areas.

The country lodged an international arbitration case against China over its claims in the West Philippine Sea (South China Sea). These include maritime territories within the country’s 200 nautical mile exclusive economic zone under the United Nations Convention on the Laws of the Sea. (READ: Aquino: This battle is not just about China)

Pag-asa, or Tithu, is the biggest island that the country occupies in the West Philippine Sea. It is also the Philippines’ seat of power in the area. The island that is populated by several hundred Filipinos also has a town hall, a military post, a health center, and a school. The island is also being claimed by China, Taiwan, and Vietnam.

The Philippine Air Force had been looking forward to getting the airstrip repaired to allow safer landing for its C130 cargo plane. Portions of the 1.3-kilometer runway are eroded. Aircrafts can land but repairs are needed for security purposes. (READ: Hitches in repair of PH air field in Spratlys) – Carmela Fonbuena/Rappler.com