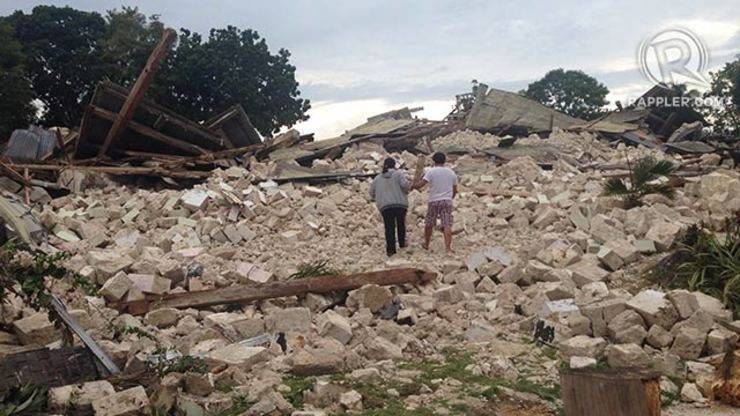 Facebook Twitter Copy URL
Copied
A year since the deadly earthquake, thousands of Boholanons are still waiting for the promise of new homes

MANILA, Philippines – As Bohol marks the first anniversary of the deadly earthquake that struck the province, not all families left homeless by the disaster will be able to move into their new homes.

Only about 1,105 are ready to be handed over to the hardest-hit victims of the earthquake, according to Liza Quirog, the shelter cluster coordinator of the province.

In February 2014, the Department of Social Welfare and Development (DSWD) signed a memorandum of agreement (MOA) with the provincial government and housing organization Habitat for Humanity for the construction of 8,083 disaster-resistant homes.

Each unit cost P88,000 and will be built using locally available materials to boost local livelihood.

The new homes will be built on-site in the 17 municipalities hardest hit by the earthquake.

Quirog said that succeeding validation procedures reduced the number of qualified beneficiaries from 8,000 to 5,609.

Quirog explained that the 5,609 new houses will be given to “qualified beneficiaries,” or families with totally damaged houses and whose income falls below P10,000.

Habitat for Humanity has said that the delay in the construction of the core shelters was due to the lack of materials, particularly the local supply of hollow blocks, sand, and gravel, according to a report from The Bohol Standard.

Quirog said that they had considered outsourcing supplies and materials, but decided that using local materials would provide livelihood opportunities to Bohol residents.

Quirog also said that Habitat for Humanity initially had a timeline that provided for the completion of the houses a year after the release of funds – not one year after the October 2013 earthquake.

But after talks with officials, the group said it would do its best to finish all core shelters before the year ends, Quirog added.

Quirog also said that the province is on track to achieve its goal of zero tents by 2015.

“Right now we have only 69 tents in 7 hardest-hit towns,” she said.

While there are some 5,220 houses in various stages of construction, about 1,009 core shelters built through the efforts of civil society groups and the private sector have already been turned over to several families.

Quirog said her office is now working to address the needs of 31 other municipalities with partially damaged houses. A screening procedure and fund request has already been made, she added. – Rappler.com