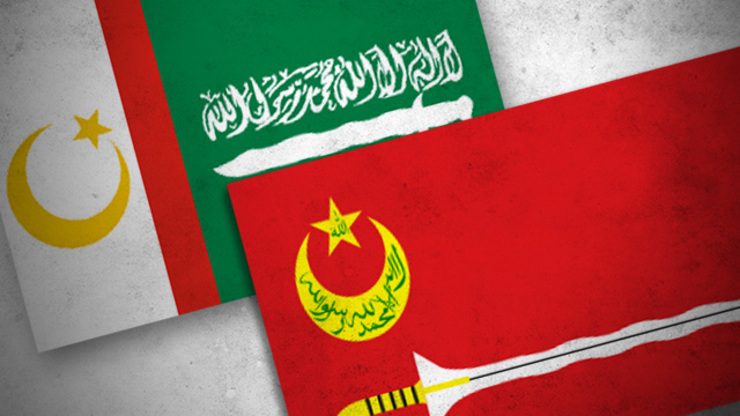 MANILA, Philippines – Rival armed fronts in Mindanao have agreed to engage in a forum that will enable them to reconcile differences in a peaceful manner.

Misuari is facing charges over the bloody siege of Zamboanga in September 2013, which left over a hundred people dead and thousands homeless. His faction staged the siege to dramatize their opposition to the peace process.

Egyptian Ambassador Mahmoud Mostafa who chairs the OIC-Peace Committee on Southern Philippines (PCSP), and Hassan Abdein of the OIC Department of Minorities and Communities, were also in attendance.

During the meeting, the parties agreed on the terms of reference for the Bangsamoro Coordination Forum, which was signed on Tuesday, October 14.

Chief Peace Adviser Teresita Deles was furnished with copies of the terms and a report of the discussions in a meeting with the OIC, the two fronts, and government representatives on Wednesday.

The development comes as the Philippine Congress is in the midst of deliberating the proposed law seeking to create a new autonomous government in the South to replace the Autonomous Region in Muslim Mindanao (ARMM). Expectations from the Bangsamoro Coordination Forum

Under its terms of reference, the BCF will have the following functions:

The MNLF itself has since broken into different factions. Aside from the one led by Misuari, one faction is led by Habib Mujahab “Boghdadi” Hashim, chairman of an MNLF breakaway faction, the Islamic Command Council. Both are opposed to the government-MILF peace talks.

Another faction, led by Sema, is supportive of the peace process. Just days before the government-MILF peace agreement was signed, 35 of the 39 surviving members of the original MNLF central committee joined hands to elect Abul Khayr Alonto as their chairman. Alonto has called on Misuari to support the establishment of the Bangsamoro government.

The OIC still recognizes Misuari as the chairman of the MNLF.