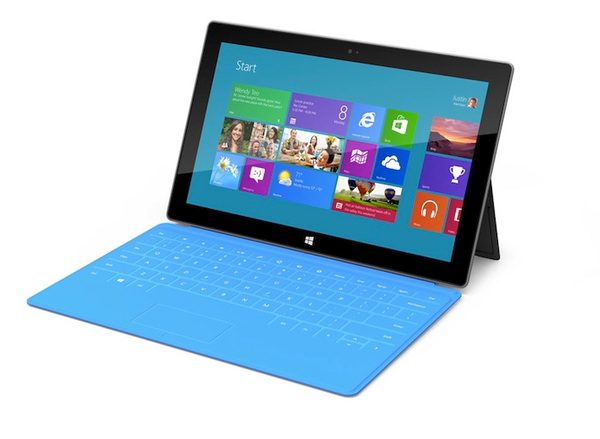 Microsoft unveils it first tablet computer, the Surface, a challenger to Apple’s iPads. The Surface has an ultra-thin cover which doubles as a keyboard, a 16:9 high-definition screen and a flip-out rear stand for switching to desktop mode. Microsoft describes it as a tablet that ‘works and plays”. Analysts say this lets Microsoft compete with Apple on a more even ground. The audience made of up journalists and bloggers burst into spontaneous applause and whoops as key features keyboard case & stand were revealed.