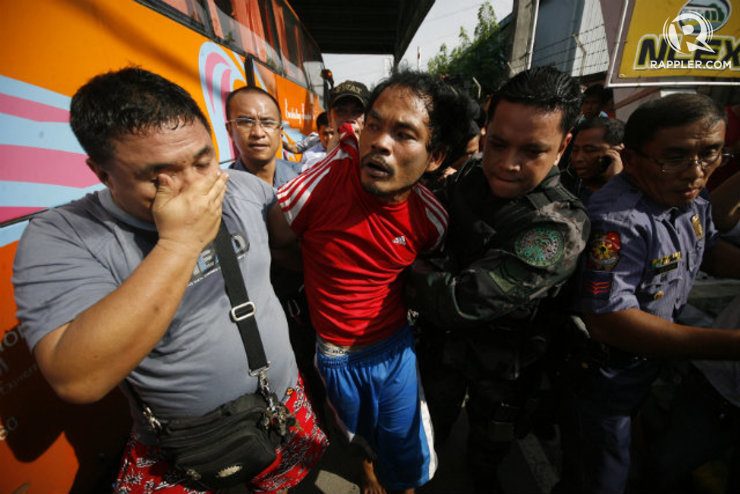 Facebook Twitter Copy URL
Copied
(UPDATED) All passengers taken hostage inside a bus at the North Luzon Expressway (NLEX) are released unharmed. The unnamed assailant is assessed 'with some psychological instability,' according to police

MANILA, Philippines (4th UPDATE) – Police in Bulacan have taken into custody a man who took at least 13 people hostage inside a bus at the North Luzon Expressway (NLEX) Monday morning, October 20.

Authorities identified the suspect as 35-year-old Lauro Sanchez from Agoncillo town in Batangas.

A police SWAT team was able to enter the bus at around 8:40 am to arrest the hostage taker, radio reports said. The man is now under the custody of Bulacan police.The Everlasting passenger bus was held at the southbound side of the Sta Rita exit of the expressway in Bulacan. “Assessment is assailant is with some psychological instability,” said Roxas, again quoting Petrasanta.

According to the Philippine National Police, two police officers were “slightly injured” after “grappling” with the hostage-taker. – Rappler.com