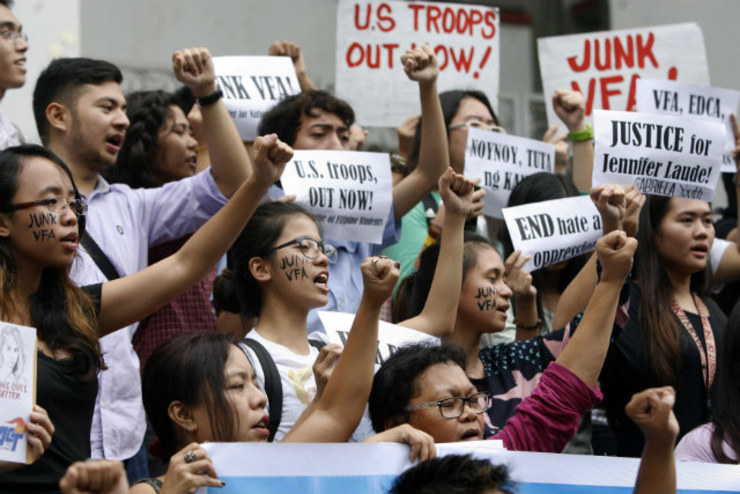 MANILA, Philippines – The US Marine accused of murdering a transgender Filipino is “expected” to attend the investigation into the case Tuesday, October 21, as stated in an agreement between the Philippines and the United States.

“With regard to that, the prosecutor will expect the respondent to appear for preliminary investigation tomorrow on the basis of the VFA that says US military authorities shall, upon formal notification by the Philippine authorities and without delay, make such personnel available to those authorities in time for any investigative or judicial proceedings,” Jose said in a media briefing Monday, October 20.

When asked if Pemberton is “obliged” to attend the preliminary investigation, Jose emphasized, “He’ll be expected in accordance with the VFA.”

The DFA’s statements came after the US Embassy in Manila on Sunday, October 19, failed to guarantee Pemberton’s presence on Tuesday.

The US Embassy said Pemberton’s appearance “is a decision that that he will make in consultation with his Philippine legal counsel, in accordance with Philippine law.”

Justice Secretary Leila de Lima, for her part, on Monday said the prosecutors “will insist” on Pemberton’s presence to avoid perceptions of “special treatment.”

Normally, De Lima said, an accused has to execute his affidavit before a prosecutor. She said she sees “no reason” why Pemberton should be an exception.

The Olongapo City Prosecutor’s Office summoned Pemberton to the preliminary investigation after the US Marine allegedly murdered Jennifer Laude, 26, in Olongapo City.

Pemberton’s case has revived calls to scrap the VFA, a 1998 deal that formalized military exercises between the Philippines and the United States.

A contentious provision of the VFA states: “The custody of any United States personnel over whom the Philippines is to exercise jurisdiction shall immediately reside with the United States military authorities, if they so request.”

Critics said the Philippines should take custody of erring US servicemen.

In 2006, the VFA’s critics also questioned US custody of another US serviceman, Marine Lance Corporal Daniel Smith, who was sentenced to 40 years in jail for raping a Filipina a year earlier. – Rappler.com