Oct 22, 2014 10:28 AM PHT
Bea Cupin
Facebook Twitter Copy URL
Copied
The chairman of the Senate Blue Ribbon Committee assures the Vice President of 'fair treatment and due respect' if he attends the Senate probe. In return, they expect him to tell 'nothing but the truth' 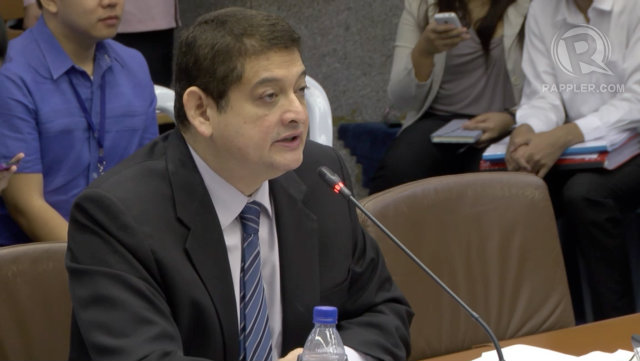 MANILA, Philippines – Vice President Jejomar Binay now has one less reason to skip a Senate Blue Ribbon probe that has branched into mutiple allegations of corruption against him and his family.

Guingona made the announcement at the start of the subcommittee’s probe into an alleged overpriced Makati City building.

Binay has been invited by the subcommittee, chaired by Senator Aquilino Pimentel III, to respond to the allegations against him but the Vice President has so far declined, calling the subcommittee a “kangaroo court.” His son, Makati Mayor Jejomar Erwin Binay Jr, questioned the jurisdiction of the subcommittee but this was denied twice.

Although the primary subject of the Senate probe is the controversial Makati building  it has since turned into a venue for Binay’s former allies and foes to accuse Vice President and his family of amassing illegally-obtained wealth while at the helm of the city. – Rappler.com