UNICEF: PH ‘a little behind’ in upholding children’s rights 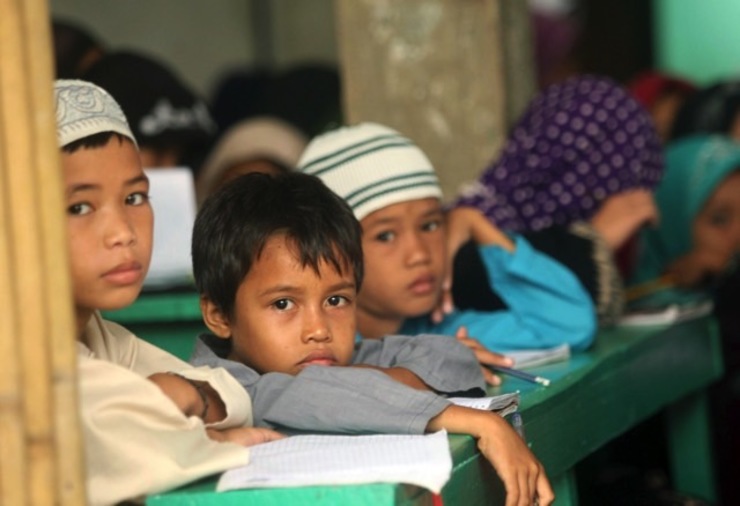 MANILA, Philippines – The Convention on the Rights of the Child (CRC), according to the United Nations Children’s Fund (UNICEF), is one of the most ratified and accepted conventions in the world today.

The Philippines ratified it less than a year after the adoption of the United Nations (UN) General Assembly in 1989, yet until now, many children in the Philippines are still left behind, UNICEF Philippines Country Representative Lotta Sylwander said on Thursday, October 23.

She said many children in the Philippines still don’t benefit from the trickle-down effect of the country’s economic growth.

For instance, Sylwander said there is a need to harness new ideas and approaches to bring children back to school. (READ: DepEd 2014 target: Get 1M dropouts back to school)

Despite this, she said the country has achieved great progress, especially with the numerous laws that have been “strengthened, changed, or improved,” leading to more protection for children.

Other achievements over the last 25 years include the country’s polio-free status, the Milk Code, the Juvenile Justice and Welfare Act, and the allocation of more government resources for children.

Sylwander said the Aquino administration has expressed “a very strong commitment” to uphold the rights of children.

“We also see that they are very willing to and serious about changing the situation for children in the Philippines,” she said.

Grace Alejandrino of the Council for the Welfare of Children on Thursday, October 23, said the Philippines is the fifth country in Asia and the 31st in the world to ratify the CRC.

“Our country has made substantial progress in harmonizing domestic legislation with the principles, provisions and standards of the CRC,” Alejandrino added. (READ: Does your local government protect children?)

As the country continues its commitment to uphold children’s rights, Alejandrino said the vision is a child-friendly Philippines – a caring and protective society “for, by, and with the children.” – Rappler.com