Asians now fastest growing ethic group in the US 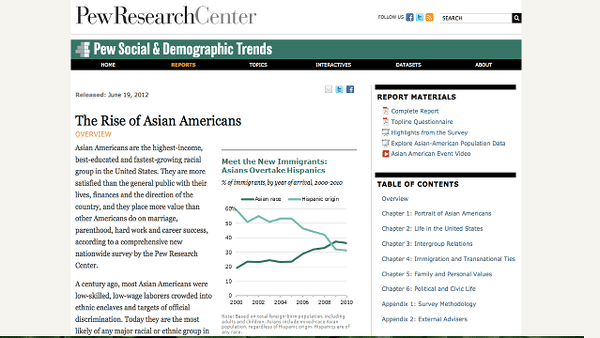 A recent study by the Pew Research Center shows that Asian Americans have overtaken Latinos as the fastest growing ethnic group in the United States, fueled largely by the steady stream of immigrants to the US annually. In 2010, 36% of new US immigrants were Asian. The study also shows that Asian Americans are also the best educated and the highest-income racial group. Broken down further, Chinese Americans at 23% are the largest Asian immigrant group closely followed by Filipinos (20%), Indians (18%), Vietnamese (10%), Korean (10%) and Japanese (7.5%).