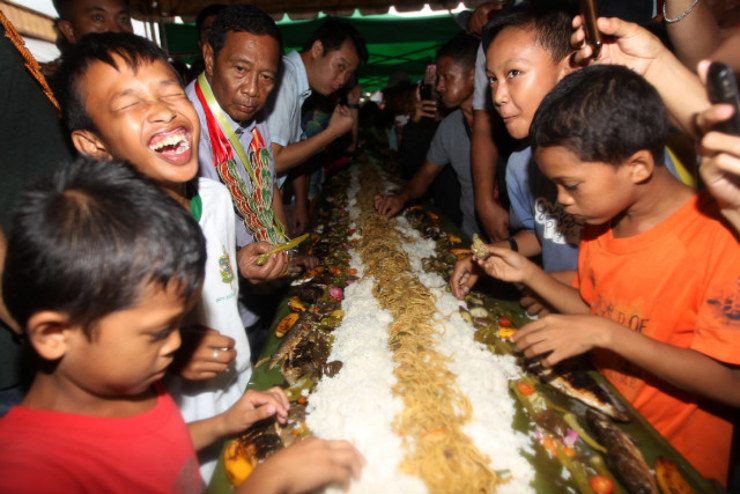 MANILA, Philippines – In the eyes of Vice President Jejomar Binay, the political storm he is facing now is simply a result of the rich trying to suppress the poor.

Binay did not hold back in a Sunday, October 26 statement, calling his detractors and political foes “elitists and anti-poor.” He was obviously referring to Interior Secretary Manuel Roxas II and Senator Antonio Trillanes.

“Whoever thought of ‘nognog’ was clearly being insulting. Surely those who thought of that word are wealthy hacienderos, because ‘nognog’ is a slur against those who are dark-skinned,” said the Vice President in a statement, referring to the so-called “Operation Plan Stop Nognog 2016.”

“They want to show that I am not fit to become president. Then they will find ways for me to be put in jail, to be impeached. They are doing all of these things to prevent me from running or becoming president of our country,” Binay added.

The oplan, Binay’s camp alleges, is a scheme to ruin his image in time for the 2016 presidential elections. (READ: ‘Oplan Stop Nognog 2016 figment of Binay’s imagination’)

“They don’t want us poor to come together. They don’t want me to lead the fight against poverty, to have jobs,” said Binay, who had a declared net worth of P60 million as of 2013.

Binay is currently facing his biggest corruption scandal to date.

The vice president is accused of amassing ill-gotten wealth during his time as Makati mayor by rigging the city’s bids and accepting kickbacks from projects. Binay also allegedly owns business and properties through several dummies. (READ: Trillanes on Tiu: From ‘good friend’ to ‘Binay’s dummy’)

The vice president and his son, the current mayor of Makati, both face plunder charges for an allegedly overpriced Makati City building. The same building sparked a Senate probe into the issue, which has since turned into a forum for the Binays’ former allies and political foes to air the family’s dirty laundry. Binay claims the plunder raps, the senate probe, and the exposes are all part of “Operation Plan Stop Nognog 2016” which the vice president said is fueled by his political rival Roxas.

Roxas was President Benigno Aquino’s running mate in the 2010 polls and is the ruling Liberal Party’s perceived standard-bearer for the 2016 elections.

In previous interviews, Binay tagged Roxas as the brains behind the so-called oplan.

It’s a claim Roxas and the LP leadership have dismissed.

Speaking to reporters on October 22, Roxas said he “understood” the difficult situation Binay is in. But Binay seems to have his priorities mixed up, said Roxas.

In the statement, Binay also criticized Senator Antonio Trillanes IV, one of the senators leading the probe into allegations of Binay’s corruption, for his “anti-poor thinking.”

“All of those behind the smear campaign against me think lowly of the poor and those who are dark-skinned,” added Binay.

Binay has so-far refused to attend any of the Blue Ribbon subcommittee’s hearings, despite two invitations and public clamor for him to show up. The “mother” Blue Ribbon committee has since said it was willing to preside over a hearing should Binay attend.

The Vice President has meanwhile challenged Trillanes to a one-on-one debate outside the Senate, which the senator gladly accepted. – Rappler.com