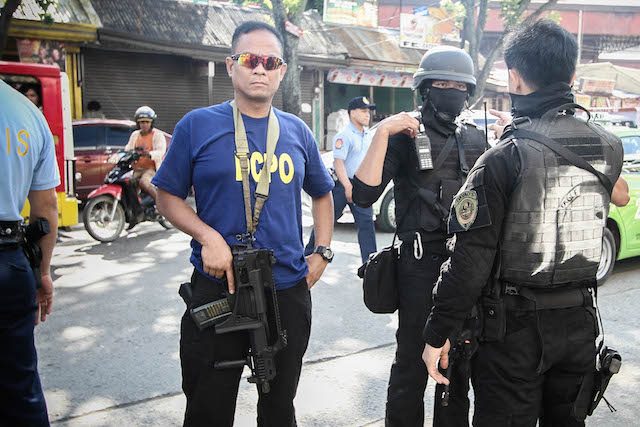 MANILA, Philippines – After more than a decade of alleged abuse, the wife of the police chief of Davao City on Wednesday, October 29, filed a complaint against her husband, accusing him of physical and verbal abuse.

Susie Danao filed the case against Senior Superintendent Vicente Danao Jr before the Department of Justice Wednesday morning for violating Republic Act 9262 or the Anti-Violence Against Women and Children Act.

Mrs. Danao said she was filing the case for her children. “I am afraid that if my husband continues with his violent ways and marital infidelity, he would ultimately destroy the future of our children that I have helped build through my years of working as an OFW (Overseas Filipino Worker),” she said in her complaint.

She alleged that her husband had been subjecting her and her children to physical and verbal abuse from 2002 to 2013.

Senior Superintendent Danao was temporarily relieved from his post as Davao police chief after a video showing him shouting and hitting his wife went viral on social media. The police officer has said it was a “private matter” and that it’s only normal for husbands and wives to quarrel.

Danao has since beee reinstated as the city’s police chief.

Mrs. Danao was accompanied by Gabriela partylist Representative Luzviminda Ilagan who raised alarm over the abuse committed by an official of the Philippine National Police (PNP).

“How can he be expected to perform his functions in protecting women and children from violence when he himself is a perpetrator and insists on reducing cases of violence as trivial domestic concerns?” said Ilagan in a statement.

The lawmaker earlier mentioned Danao’s case during the House of Representative’s deliberations on the Department of the Interior and Local Government budget. The PNP is under the DILG. – Rappler.com