Yolanda a year after: Many still suffer grief, depression 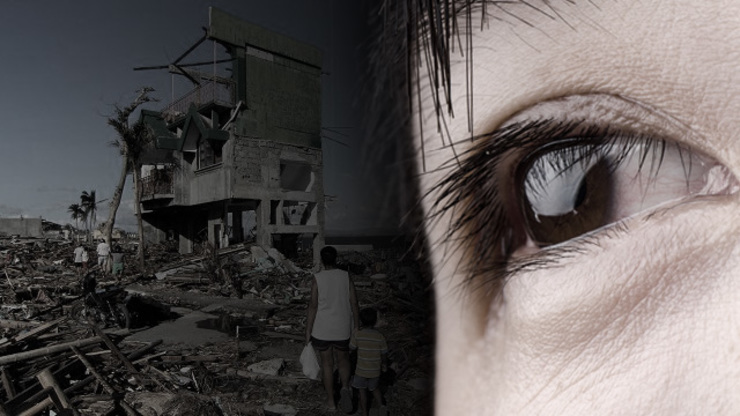 “For many people, the one year [mark] will bring on more depression for a period of time. The grief and loss can be quite overwhelming,” WHO Representative in the Philippines Julie Hall said on Wednesday, October 29.

As it is, WHO estimated over 800,000 people in Yolanda-hit areas have suffered different mental health conditions over the past year.

Of this, 80,000 (1 in every 10 Filipinos) have conditions in need of further medication and support, like depression, anxiety, post-traumatic disorder, and schizophrenia. Cases of suicide have also been reported.

“Their sadness has gone from sadness to depression. Their ability to cope and talk about things may well have declined to a point where they require medication as well as a talking therapy and support from their communities,” Hall said.

The Department of Health (DOH) on Thursday, October 30, clarified WHO’s figures were based on estimates usually used during calamities.

Acting Health Secretary Janette Garin said that with 982,000 people affected by Yolanda in the Visayas, the correct estimate of those with common mental health problems would be 20% of the population or 196,400 people.

After Yolanda, the Philippines – a country with “pretty limited” mental health services – learned how important it is to invest in mental health. (READ: WHO: Countries must plan for ‘common’ mental disorders)

In Eastern Visayas, for example, Hall noted that before Yolanda, only 5 psychiatrists served the region with 4 million people. She said the community plays a big role in mental health, since 98% of people with disorders can be treated at home.

The UN agency has already trained up to 300 community workers and 70 health professionals to detect severe mental health issues and provide support through medication and talking therapy.

Scaling up is still ongoing, with an aim of training 1,200 health professionals by early 2015. A lot of medication is also being made available across the Yolanda corridor, Hall added.

“I guess it is a learning point of preparedness, but the fact that there will be so many trained people and many of those barriers to talk about mental health have been broken down…[this is a] potential major breakthrough in the Yolanda-affected areas,” she said.

“The Department of Health is now looking at how that might be able to be scaled up across the country, which will be an amazing legacy for the Philippines.”

Hall hopes the Yolanda anniversary will be a time to see how much has been achieved and how much progress has happened.

“We also hope that it is a time where the survivors can say: We really did stand up, we stayed, we helped each other, we worked hard. This is what we’ve achieved,” she added. – Rappler.com