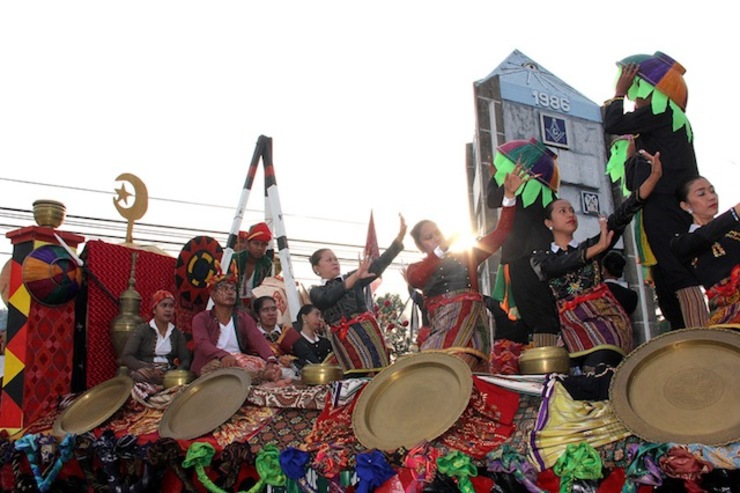 MANILA, Philippines – The Autonomous Region in Muslim Mindanao (ARMM) is in a state of transition but for now, there is reason to celebrate as the region marks its 25th founding anniversary this November.

Before the ARMM gives way to the proposed Bangsamoro region, what would be its final legacy? For ARMM Governor Mujiv Hataman, it would be alleviating the social conditions of ARMM residents through political reform.

“Seeing people benefiting from the reform agenda we have instituted in the Muslim region is the real reason for celebration,” he said.

The Muslim region, which was formally created in 1989 under the Organic Act for the Autonomous Region in Muslim Mindanao or Republic Act (RA) 6734, has been caught in armed conflict due to poor governance that has made more communities poor.

Since his appointment as officer-in-charge in 2011 until he was formally elected to the post in 2013, Hataman has anchored his administration on political reforms, earning him the moniker “ghost buster.”

Hataman is credited for cleaning the regional education department of “bogus” plantilla and schools, which almost emptied the region’s coffers of funds that could have been used for the advancement of the educational system.

“The culture of corruption, unprofessionalism, and electoral fraud was the biggest challenges I had to face in introducing the much desired reforms in the ARMM,” Hataman said.

As part of his anti-corruption drive, Hataman installed websites and online portals for the people to see where the government funds go.

The region’s investment portfolio doubled in just a span of 3 upon Hataman’s assumption into office. Data from the Regional Board of Investments showed that more than P3.37-billion worth of investments has been poured to the region within third quarter of 2014, and is expected to soar further.

“Our ultimate goal is to uplift the Moros’ economic lives and pave the way for a lasting peace in the region, penetrating the far-flung villages to deliver the basic services through caravan approach and setting linkages by which the people and their government can reach to each other,” Hataman said.

These, Hataman said, are the legacies they are leaving as the ARMM is expected to transition into a new Bangsamoro region as part of the comprehensive peace agreement between the government and the Moro Islamic Liberation Front. The ARMM is composed of the provinces of Maguindanao, Lanao del Sur, and the island provinces of Basilan, Sulu, and Tawi-Tawi, and the cities of Marawi and Lamitan. 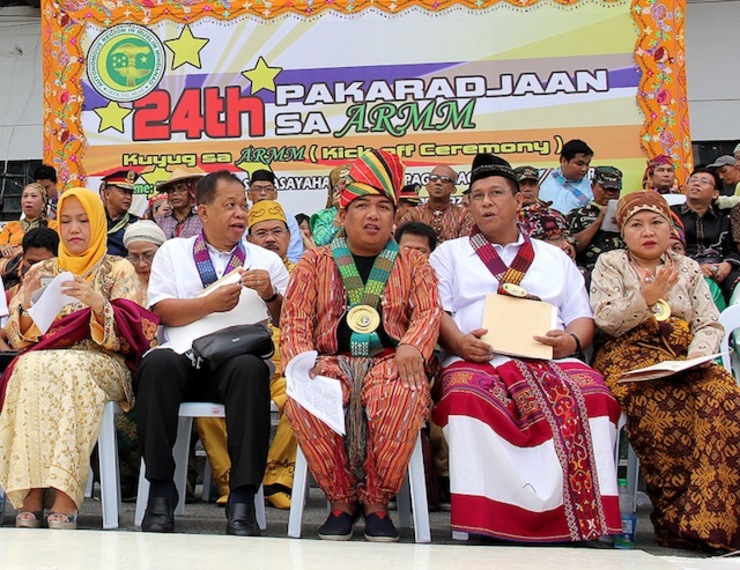 ARMM employees to be recognized

To mark the region’s founding anniversary, a fluvial parade will kick off the month-long celebration in Bongao, the capital town of the southernmost island province of Tawi-Tawi, on November 7.

The oldest mosque in existence in the Philippines – the Sheikh Karimul Makhdum Mosque – can be found on the pristine island of Simunul, Tawi-Tawi. It has been declared a national historical landmark. A local pilgrimage to this site has been set on the opening day.

Dubbed as “A quarter century of service to the Bangsamoro,” the anniversary celebration will showcase ARMM’s rich tradition and history “in a unique perspective.”

During the festivities, local delicacies and products will be put on sale by folks and entrepreneurs from across the region in booths set up by various agencies. Five provincial villages resembling the component provinces of the ARMM and the major ethno-linguistic group that inhabit them will be unveiled on November 17 within the ARMM compound in Cotabato City.

The public will get the chance to watch a series of cultural performances depicting the lives and culture of some of the ARMM’s ethnic tribes, including the Maranao, Tausug, Maguindanao and Yakan. The first cultural night is on November 21 and the second  is on November 22 at the ARMM compound.

Aside from the cultural shows, the Muslim regional government will also honor former regional governors, secretaries, and legislators for their service to the region and for “making what ARMM is today.”

Also to be honored are men and women who have dedicated their services to the government for 25 years, including citations to the oldest and retiring workers. The “Parangal and Pasasalamat” is in the journal on November 18.

“Highlighting the achievements and all our endeavors is geared towards having a more progressive and peaceful Bangsamoro people,” Hataman said.

Here is the schedule of activities:

November 7 – Fluvial parade to kick off celebrations in Bongao, Tawi-Tawi

November 19 – Kasaysayan at Kultura showcase of Moro culture and history

November 24 to November 28 – Mindanao Week of Peace, which would include a region-wide debate, photo exhibit and kite-flying activities