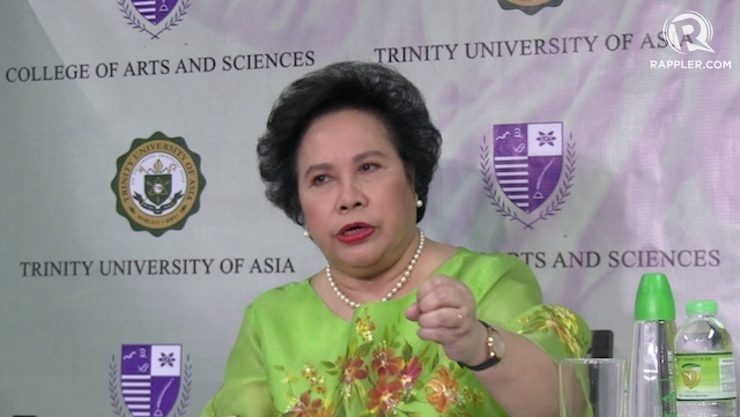 A former Secretary of the Department of Agrarian Reform, Santiago said she will file a Senate resolution next week to call on DAR to “immediately acquire and distribute the Batangas property.”

“One thing is clear: the property is a vast track of land. It is said to variously range from 145 hectares to 350 hectares. As a former secretary of agrarian reform, when I first learned about how big the land involved is, my eyebrows rose to my hairline,” she said.

The Comprehensive Agrarian Reform Law (CARL), she explained, bans the existence of properties like Hacienda Binay. “It’s not possible that agricultural land – which appears to be the nature of the Rosario [town] property in Batangas – should be left as a hacienda when all other haciendas have been virtually taken from their owners,” she said.

Santiago is smelling more dirt in the manner the property was acquired. She said her experience as DAR secretary showed how landowners have connived with government officials in order to spare their properties from the CARP law, she said.

DAR officials are “definitely” liable for allowing the property to escape the CARP law and Binay may be dragged because the Instagram photos of his daughter Joanna on the property are admissible evidence in court, she added.

Landholdings to be acquired for distribution follows a process. DAR will write the property owner to express its intent to acquire the land, estimate the value of the property, and they pay the owner through Land Bank bonds.

Former Makati Vice Mayor Ernesto Mercado accuses Binay of owning the property through dummies. A number of photos have been displayed to show Binay family activities inside the compound.

But businessman Antonio Tiu, who presented a one-page document, is claiming to be the owner of the property. He supposedly acquired it from a certain Laureano Gregorio, a person whom the Senate is looking for. Binay claimed he only leased a portion of the property for his business.

The CARP law also prohibits the selling or leasing the property within 10 years of acquisition unless owners were able to get an exemption from a Malacañang office.

“We have here a very astonishing story – in fact, a fairy tale that I cannot believe,” said Santiago of the claims of Binay and Tiu about the property.

“Vice President Binay says he does not own the property. Okay. But why does he have pictures of his improvement on the land if he does not own it. Why does he build those multi-million peso consturctions there?” Santiago said.

“Did they just invent him (Gregorio)? If so, that Tiu should be liable for contempt for telling fairy tales and expecting to be believed, shedding tears on television – an activity reserved only for members of film industry. Naiyak pa! (He even cried!),” she said. – Rappler.com