DOH vows to cooperate with NBI on vaccine probe 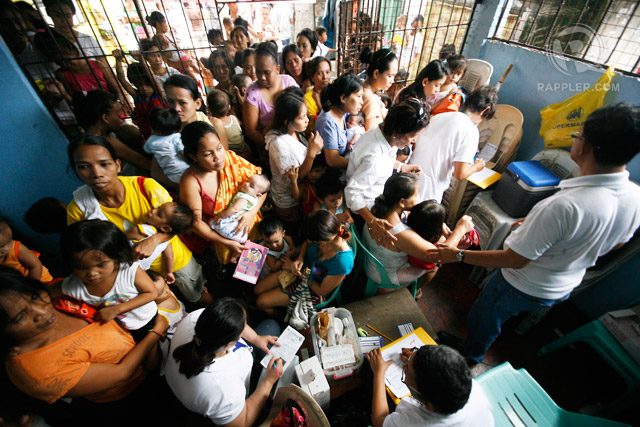 MANILA, Philippines – The Department of Health (DOH) on Tuesday, November 11 said it will “fully coordinate and cooperate” with the ongoing investigation of the National Bureau of Investigation (NBI) into vaccines bought by the department in 2012.

“We appeal to everyone to leave the issue with the investigating authorities,” DOH said in a statement released Tuesday.

The probe, which President Benigno Aquino III assigned to the justice department last June, involves the procurement of one million units of Pneumococcal Conjugate Vaccine 10 (PCV 10) – a vaccine used for the immunization of infants and children against pulmonary diseases – worth over P833 million.

Complaints from some sectors alleged that DOH procured PCV 10 vaccines instead of a “more cost-effective” vaccine, the PCV 13.

The complainants said the purchase was made “contrary to the recommendation of the National Center for Pharmaceutical Access and Management (NCPAM), the Formulary Executive Council (FEC) and the World Health Organization (WHO).”

The procurement was said to have been “directed” by Assistant Secretary Eric Tayag, and “made possible by a certificate of exemption issued” by Secretary Enrique Ona in 2012.

Ona is currently on leave as health secretary reportedly due to health reasons.

President Aquino however has said Ona went on leave so he could “prepare” answers to questions on the government’s vaccination program, and the balance between preventive and curative aspects of public health. (READ: Still satisfied with Ona? Aquino mum)

The DOH on Tuesday said it respects the rule of law and will not tolerate violations. It also stressed the importance of vaccination in saving lives. “We assure everyone that public health is foremost in our priorities and that every vaccine-preventable disease will be given proper attention,” the statement read. – Rappler.com