Did Binay announce 2016 plans too early? 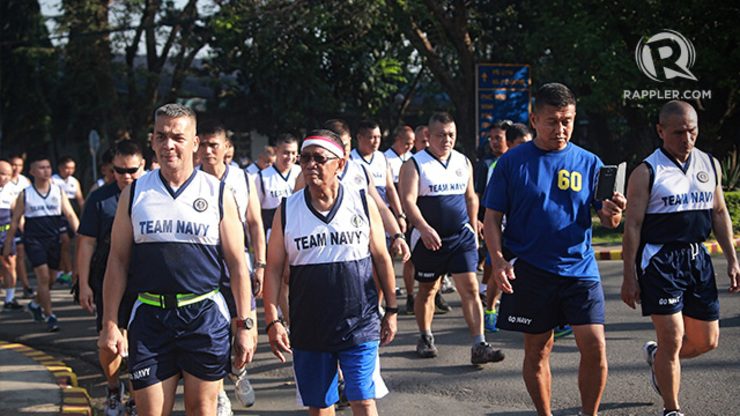 MANILA, Philippines – Vice President Jejomar Binay does not regret one bit his decision to announce his plans for the presidency as early as 2010.

Binay, presumed standard-bearer for the 2016 polls of opposition party United Nationalist Alliance (UNA), is in the midst of the biggest corruption scandal to hit him in 30 years of politics.

On his 72nd birthday on Tuesday, November 11, Binay saw the exposés as an opportunity “to test how far the demolition job can last.”

(I made the right decision in announcing my plans to run for president the day after the 2010 elections. I wanted to know what kind of controversies they’d throw my way along the way.)

The Vice President and his son face plunder charges over an allegedly overpriced Makati city building. The case and building later sparked a Senate Blue Ribbon subcommittee probe which has since turned into a no-holds barred venue for whistleblowers to detail how Binay allegedly pocketed Makati City funds by rigging bids and receiving kickbacks.

The allegedly ill-gotten wealth was then hidden through dummies and foreign accounts, according to whistleblowers.

Political pundits theorized the wave of issues against Binay are a result of his early announcement. Thus far, no one else has announced serious plans of seeking the presidency in 2016.

Earlier this year, Binay announced he was leaving Partido Demokratiko Pilipino-Lakas ng Bayan (PDP-Laban) to form a new party in time for the 2016 polls.

In a previous interview with Rappler, Binay’s spokesman for political affairs Cavite Governor Juanito Victor Remulla said they were going full-steam with their preparations for the 2016 polls. (READ: Binay turns UNA into political party for 2016)

The Vice President has denied all allegations against him, dismissing the subcommittee as a “kangaroo court” that has pre-judged him. Binay has also said the plunder case, probe, and exposés are part of a plot to weaken his chances come 2016.

Binay’s numbers have slid since the probe began although he remains the top presidential contender for 2016, according to nationwide surveys. He is also the most trusted public official based on a separate survey.

In the same chance interview, Binay nonchalantly announced he would be backing out of a debate with Senator Antonio Trillanes IV which he himself proposed. Remulla later said Binay wanted to prioritize his work in Yolanda-hit provinces rather than politics.

Besides, Binay said, the “attacks” against him have “weakened.”