MANILA, Philippines – The 133 United Nations peacekeepers deployed in Ebola-hit Liberia finally arrived late Wednesday afternoon, November 12, at the Philippine Air Force (PAF) headquarters in Villamor Air Base. But their families could only see them through a livescreen set up inside a building located a few meters away.

The room erupted in cheers and applause when the livescreen showed the troops disembarking from their chartered plane.

The troops and their families were separated for nearly a year. But the hugs and the kisses will have to wait for another 3 weeks until they finish the precautionary quarantine on Caballo Island, a Philippine Navy outpost located at the mouth of Manila Bay.

All the 108 soldiers, 24 cops, and a jail officer who served the United Nations Mission in Liberia tested negative for Ebola, based on a screening conducted by the UN health team. 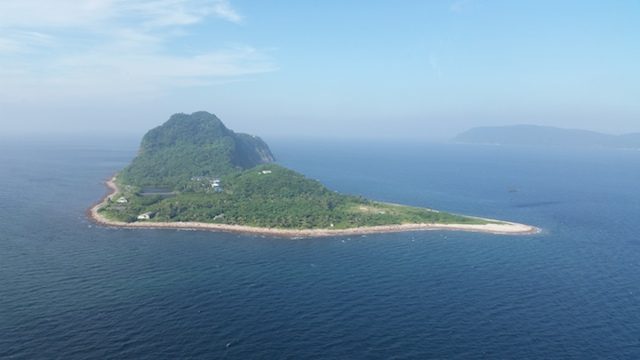 The 3-week quarantine is over and above international standards in fighting the spread of Ebola. The troops have already been quarantined in Liberia when they were ordered to restrict their movements between their barracks and their offices. When President Benigno Aquino III ordered the pullout of troops in Liberia in August, their engagement with communities there were also cancelled.

“While it is not the international standard, we’d rather play it on the safe side. Syempre tayo ay highly migratory,” Health Undersecretary Janette Garin explained.

The military said the troops will be provided recreational facilities on Caballo Island. – Rappler.com