DAVAO CITY, Philippines – The provincial government of North Cotabato will give a reward of P100,000 to anyone with information that would lead to the arrest of the perpetrators behind the bloody blast in Kabacan on Sunday evening, November 16. 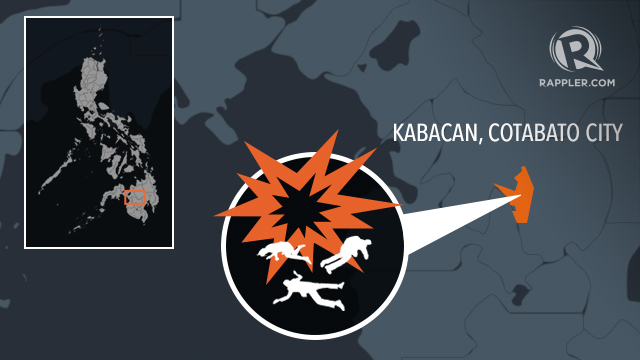 Governor Emmylou Taliño-Mendoza called the act a form of “senseless adventurism” and rallied the public to help catch the suspects.

“I ask every Cotabateño not to succumb to fear but stand our ground against those who bring conflict and criminality in our province. Christians, Muslims and Lumads should not allow animosity to divide Cotabato,” Mendoza said.

A powerful explosion ripped through a crowded area at the front of Kabacan Pilot Elementary School and left 1 civilian dead and at least 16 others wounded.

“It is downright disappointing to see innocent lives affected by this cowardly act. This is insane. As your Governor, I am hurt and angry. The government invested so much resources and developmental programs to bring peace and order in North Cotabato. Unfortunately, there are those who want to sabotage all our sincere efforts,” Mendoza said. – Rappler.com