Facebook Twitter Copy URL
Copied
Terrorism in the Philippines is 'tied with national and separatist claims by people living in southern Philippines,' a deviation from the world trend showing religion as the driving ideology for terrorism

MANILA, Philippines – The Philippines recorded the 9th highest level of terrorist activity worldwide in 2013, according to a new study by London-based Institute for Economics and Peace (IEP).

The Global Terrorism Index recorded a total of 499 incidents in the Philippines that killed 292 and injured 444.

Terrorism in the Philippines is “intrinsically tied with national and separatist claims by people living in southern Philippines,” a deviation from the world trend of religion outranking national separatist agendas as the driving ideology for terrorism, the report noted.

Aside from the Philippines, the rest of the Top 10 in the Global Terrorism Index are Iraq, Afghanistan, Pakistan, Nigeria, and Syria, Somalia, India, Yemen and Thailand.

“Terrorism has increased significantly in the Philippines between 2012 and 2013, with almost twice as many incidents. The number of deaths has also more than doubled in this period increasing from 122 to 292,” according to the report. The NPA, the armed wing of the Communist Party of the Philippines (CPP), is responsible for the worst recorded terrorist attack in the country last year, according to the report. Nine cops were killed in May 2013 when the rebels set off an improvised explosive device (IED) and then gunned down the members of the elite Special Action Force.

The military is fighting a four-decade war with the NPA, which has a reported strength of 4,000 armed regulars nationwide. The communist guerrillas, fighting Asia’s longest-running insurgency, are also responsible for the most number of attacks and 30% of the deaths, according to the report.

But the city that recorded the highest number of terrorist attacks is Cotabato City in central Mindanao, which saw 11 incidents that killed 11 people.

The military has also intensified operations against the Abu Sayyaf in Mindanao. President Benigno Aquino III vowed to wipe them out. (READ: Pressure on military to show results in hunt vs Abu Sayyaf)

Armed assault accounted for about half of the deaths in the Philippines, another deviation from the world trend which saw explosives as the most common cause of deaths (60%). Suicide bombing accounted for less than 5% of deaths worlwide.

The trend is reflected in the 5 countries that recorded 80% of the total deaths due to terrorist activities – Iraq, Afghanistan, Pakistan, Nigeria, and Syria.

The terrorist groups responsible for most attacks around the world since 2000 are Hamas, Al-AQSA Martyrs Brigade, Al-Qaeda in Iraq, ISIS, Al-Qaeda in Arabian Peninsula, Tehrik-I-Taliban Pakistan, Liberation Tigers of Tamil Eelam, Al-Shabab, and Boko Haram.

But lone individuals who are not affiliated with terrorist groups also account for 25% of deaths in OECD countries. 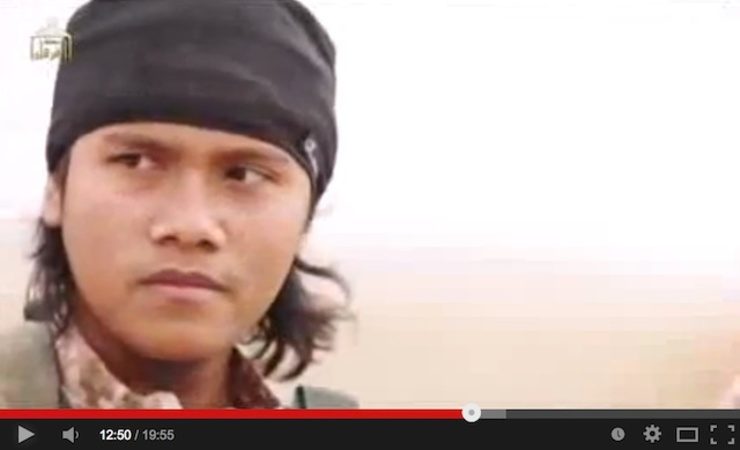 There have been concerns that the Islamic State of Iraq and Syria (ISIS) is already operating in the Philippines following pledges of allegiance from various groups like the Abu Sayyaf and the BIFF. But the military maintains they are only symphatizers and no operational links have been detected.

US Ambassador Philip Golberg, in an interview last week, also said there is no evidence of ISIS presence in the Philippines.

But there have been sketchy reports of Filipino jihadists joining the war in Syria. The Department of Foreign Affairs has reported 3 alleged deaths in a report early this year. (READ: Fillipino jihadists killed in Syria – report)

Focus is also directed lately to several reports claiming that “an Asian, possibly Filipino Tausug” was among those who participated in the latest beheading video of the ISIS.

A high-ranking source in the intelligence community said they are validating the video but said their counterparts in the Middle East have not shared information on Filipino involvement in the ISIS.

The man in the video could be an Indonesian, the source added.

The worst terrorist attack in 2013 happened in Nigeria in September 2013 when suspected Boko Haram members who were dressed in military uniforms set up illegal checkpoints and shot to death a total of 142 civilians. In Syria, 123 were killed in July 2013 when assailants launched suspected chemical attacks against soldiers and civilians in the town of Khan-al-assal.

“The findings of this report emphasize the increasing intensity and spread of terrorist activity globally and highlight the key underlying factors that give rise to terrorism. Short-term counter-terrorism and policing strategies can often be critical to prevent the potential of larged unexpected acts of mass violence; however, long term approaches are essential,” according to the report.

The report also explained that the 2 “most successful” strategies in ending terrorist group are: policing and initiation of a political process.

“These strategies were the main reason  for the ending of over 80% of terrorist organizations that ceased operation. Only 10% of terrorist groups could be said to have achieved their goals and only 7% were eliminated by full military engagement,” the report said. – Rappler.com