Giving back to the poor: Why social enterprises matter

Nov 26, 2014 8:00 AM PHT
Fritzie Rodriguez
Facebook Twitter Copy URL
Copied
What are 'social enterprises' and why should we care? MANILA, Philippines – Poverty amid economic growth; such is the paradox of the Philippines, advocates pushing for social enterprise said.

Over 12 million or 55% of families considered themselves poor, the latest Social Weather Stations survey revealed.

“Despite our economic growth being stellar, the gap between the rich and the poor has widened,” argued Lisa Dacanay, president of the Institute for Social Entrepreneurship in Asia.

She believes that social entrerprises (SE) can better “complement” these 3, hence the need to better support them.

An SE is a “mission-driven organization,” aiming to improve the poor’s well-being by empowering them as workers, suppliers, clients, or owners.

During the 15th Congress, House Bill 1331 or the Poverty Reduction through Social Entrepreneurship (PRESENT) Bill was filed by Representatives Cresente Paez, Anthony Bravo, and Teddy Baguilat.

It seeks to provide a better environment for developing SEs by recognizing them as an official poverty reduction tool, and by providing them incentives. The bill did not prosper then.

Paez, its principal sponsor, hopes for better results by next year. Senator Bam Aquino is his counterpart in the Senate. “We’re working as a team. But discussion should be made with the Speaker of the House, so that it will be given priority,” Paez said.

“Big business has failed to eradicate poverty. A profit-oriented businessman is only concerned with making more money for himself, whether or not his business helps the poor,” Paez said.

SEs are out to do the exact opposite.

Dacanay emphasized that SEs are different from regular businesses, and are somewhat similar to non-governmental organizations (NGOs). “Like businesses, SE creates wealth. But the wealth is distributed among the poor,” she explained. “It creates social value.”

Human Nature teams up with like-minded organizations in empowering agricultural workers. For example, farming communities are trained on agri-technology. Profits are re-invested in community development programs, building a “sustainable enterprise, keeping a whole barangay out of poverty for good.”

Advocates observed that most people think that all SEs are small-scale, when in fact, they can have a wide reach.

Three million new jobs are estimated to come out of supporting them. Dacanay believes that this can help achieve the post-2015 development goal of eliminating extreme poverty by 2030. 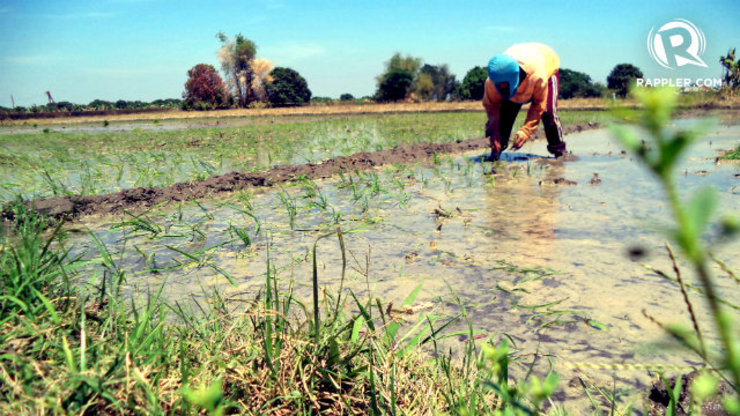 The PRESENT bill urges government to provide the following for SEs:

Paez observed that over 30,000 SEs are currently treated as regular businesses, and have been experiencing “disincentives.”

A council comprised of SEs and other stakeholders will be created, and shall be headed by the Department of Trade and Industry.

“The government is allergic when it comes to tax privileges,” Paez said. “But to clarify, the bill proposes tax exemptions only for SEs with a net income under P150 million. And it’s not always 100%, there are restrictions too.”

He added that the government should not worry over losses, since SEs will also generate employment, hence more taxpayers.

In South Korea, SEs contribute around 5% to the country’s Gross Domestic Product, said Jae Gu Kim, president of the Korea Social Enterprise Promotion Agency. “And in some European countries, they contribute up to 10%.”

The bill proposes a P3-billion budget, to be sourced from PAGCOR, in addition to congressional appropriations. “This is small compared to 4Ps’ budget,” said Paez. “It’s peanuts, but the impact could be better than 4Ps.”

He argued that while the 4Ps has created “improved cash flow conditions,” it did not really improve the lives of the poor.

Since SEs will receive different incentives, the government, too, has to be careful in certifying organizations. The council will be in charge of accrediting and monitoring SEs, to prevent another “pork barrel scam” from happening – an issue which has tainted the reputation of NGOs.

“We have to make sure that they really help the poor, and are not only trying to avoid taxes,” Paez said. – Rappler.com

Do you have other ideas on how to help fight hunger and poverty? Report what your LGU is doing, recommend NGOs or SEs, or suggest creative solutions. Send your stories and ideas to move.ph@rappler.com. Be part of the #HungerProject.