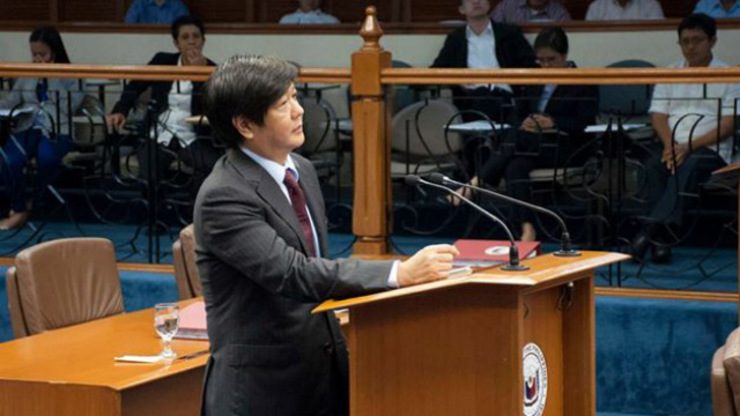 MANILA, Philippines – During the Senate’s deliberations on the proposed 2015 budget, Senator Ferdinand Marcos Jr aired what he said was a prevailing concern of the country’s local government units (LGUs): “Imperial Manila” imposing its way onto their projects. “I fear we will be accused of being ‘Imperial Manila’ by limiting options of the LGUs,” Marcos said on Monday, November 24, during his interpellation of the Department of the Interior and Local Government’s proposed budget for 2015.

The senator said that instead of empowering LGUs, the national government’s “alternative” but “restrictive and conditional” budget sources was getting in the way of LGU autonomy.

Marcos was referring to the national government’s Performance Challenge Fund for LGUs, the Grassroots Participatory Budgeting Process (GPBP), and the PAyapa at MAsaganang PamayaNAn (Pamana Fund), all of which are sourced from the DILG’s budget.

In the case of the GPBP, for instance, they must first get a “seal of good governance” from the DILG. More than 300 LGUs have yet to achieve this seal, the DILG said.

Once they qualify for the programs, LGUs then pick from a “menu” of projects available, aligned with the country’s development plan.

Marcos, who was once governor of Ilocos Norte, noted this was a common complaint among barangays (villages). “How can national government know what’s needed in my barangay?” asked Marcos.

The DILG, through Finance committee chairman Senator Francis Escudero, said aligning with the Philippine development plan was necessary to no duplicate projects would be undertaken.

Under the GPBP, LGUs list down their priority projects and are given a budget of P15 million. But whereas before, 1,200 LGUs shared the P20 billion-allocation for the GPBP, now 1,600 have to share it.

The funding LGUs can get through the alternative programs are on top their Internal Revenue Allotment (IRA).

Santiago singled out the DILG for its SALIN Tubig program which she said should not be under the DILG. – Rappler.com