Nov 28, 2014 7:39 PM PHT
Angela Casauay
Facebook Twitter Copy URL
Copied
Unlike the Autonomous Region in Muslim Mindanao, the Bangsamoro government is envisioned to get automatic appropriations worth 4% of the national governmental share in the net internal revenue collection 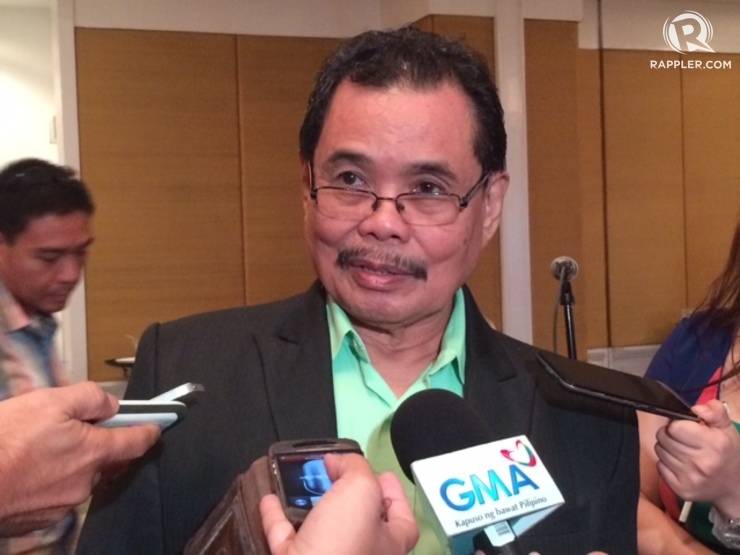 MANILA, Philippines – For years, the Autonomous Region in Muslim Mindanao (ARMM) has complained of not getting enough funds, with their average annual budget only amounting to about 1% of the total national budget.

Each year, like any another government agency, the ARMM has to face Congress to defend its proposed budget for the year – a concrete indication, critics say, that the ARMM is still not truly autonomous.

This could change under the proposed Bangsamoro basic law, which seeks to create the Bangsamoro – a parliamentary form of regional government designed to have greater fiscal and political autonomy than the current ARMM.

Under the bill, the Bangsamoro government is designed to get automatic appropriations computed through a specific formula, in addition to other sources of funding.

Should Congress approve the proposed arrangements for fiscal autonomy, the envisioned Bangsamoro government will get an initial funding of about P70 billion in its first year of operation, Bangsamoro Transition Commission chairman and Moro Islamic Liberation Front chief negotiator Mohagher Iqbal said in a forum in Ortigas on Friday, November 28.

Iqbal’s computation includes the internal revenue allotment (IRA) of local government units (LGUs), which, by law, should be automatically appropriated to the LGUs themselves.

The proposed basic law provides that all privileges already devolved to LGUs will not be diminished. Iqbal said the total IRA of LGUs in the proposed Bangsamoro core territory is estimated at P18 billion.

Unlike the ARMM, the Bangsamoro government will receive a block grant of 4% in the share of the national government in the internal revenue allotment (IRA). This is a separate amount from the IRA for LGUs.

The formula for the block grant is one of the unique features of the new autonomous government that separates it from the ARMM. The ARMM Organic Act does not provide for a specific computation for its annual budget – which is primarily why the ARMM budget has remained dismal over the years.

The block grant also means that the Bangsamoro will no longer have to go to Congress to defend their proposed budget since amount will just be automatically downloaded to them and it will be up to the Bangsamoro Parliament to legislate where it will be used for.

The block grant is expected to amount to at least P35 billion in the Bangsamoro government’s first year of operation, Budget Secretary Florencio Abad said in an earlier budget hearing.

The estimated amount is an improvement from the P24 billion budget approved for the ARMM for 2015, which is already the highest in its entire history.

Aside from the block grant, Iqbal said the Bangsamoro will also get a special development fund from the national government for infrastructure projects, including the building of provincial and municipal roads. The fund, to be provided for a period of 5 years upon the ratification of the law, is expected to amount to around P10 billion.

Another source of funding would be money coursed through different regional departments under the Bangsamoro for projects funded by national agencies. This is expected to amount to around P12 billion.

In summary, the expected source of funds for the Bangsamoro, according to Iqbal, include:

“All in all we are looking at around P70 billion,” Iqbal said.

Under the deal, the following wealth-sharing arrangements were agreed upon:

The deal increased the share of the proposed Bangsamoro on taxes and metallic minerals to 75% from 70% in the current ARMM.

It also changed the qualification of minerals from “strategic” and “non-strategic” – which government chief negotiator Miriam Coronel-Ferrer has said were political in nature – to the categorical “metallic” and “non-metallic” in a bid to prevent future conflict on how revenues from such resources will be divided between the national and regional government.

These arrangements will be subject to review after 10 years.

Three years after the operation of the Bangsamoro government, any additional taxes or revenues from metallic minerals that it will generate will be deducted from the 4% block grant.

It represents their aspiration towards true autonomy, he said. – Rappler.com