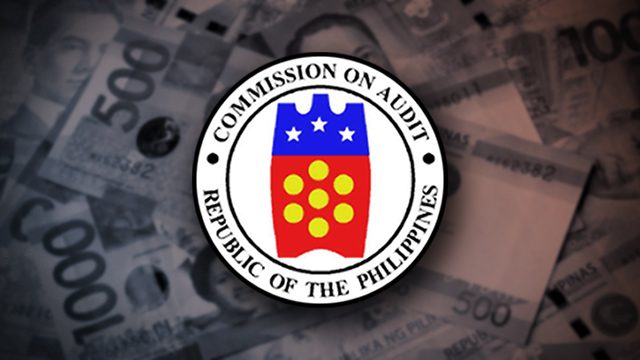 MANILA, Philippines – A total of P75 million of Senate President Franklin Drilon’s Priority Development Assistance Fund (PDAF) from 2011, intended for the construction of classrooms, are still unaccounted for, a Commission on Audit (COA) report showed.

The fund was supposed to be for the construction of 138 two-classroom buildings, and was released in three installments of P25 million under the Various Infrastructures including Local Projects (VILP) – Nationwide.

The COA report, a 264-page document released Thursday, November 27, said the funds were transferred to the non-government organization Federation of Filipino Chinese Chamber of Commerce and Industry, Inc (FFCCCII).

Aside from Drilon, former Senator Richard Gordon also transferred P24.6 million in funds to the FFCCCII, of which P2.76 million remained unliquidated, the report showed. The organization received a total of P99.6 million in funds for the project, COA noted.

A report submitted by the Department of Public Works and Highways (DPWH) Monitoring Office, as of August 31, 2012 showed that out of the 138 schoolbuildings funded by the project, 17 were “ongoing” while 38 were still in the pipeline.

COA said a February 28, 2014 monitoring report said there are still 8 ongoing projects, and 15 others have not yet started, “contrary to the Management’s statement of 100 percent completion by FFCCCII.”

The two senators’ funds were channeled through the DPWH, via their “Operation Barrio Schools” program, which intended to spur construction of schoolbuildngs in selected remote areas around the country.

The COA report noted that the FFCCCII received funds despite not submitting Fund Utilization Reports or Liquidation Reports. “Despite repeated demands from DPWH management for the settlement of the accounts, still FFCCCII did not comply to date,” the COA said.

State auditors also reported that Drilon’s PDAF were transferred to the group in a span of six months – in June, October, and December 2011 – despite not getting updates on the project.

The DPWH was also cited for allowing the NGO to receive the funds, despite it not submitting documents showing its eligibility, which are required under COA and government procurement policies. This includes the failure to provide a performance security bond, a 20% equity and a warranty security, which would have protected the government against losses.

State auditors also said that the intention of awarding the contract to the FFCCCII “is not clear given the fact that the DPWH is more capable in undertaking such construction work, it being the engineering and construction arm of the government.”

COA, however, is insisting inspection and validation of the completed structures to make sure “government funds were used for their intended purpose.” – Rappler.com