DOH: No legal basis for Ona’s order on anti-dengue treatment 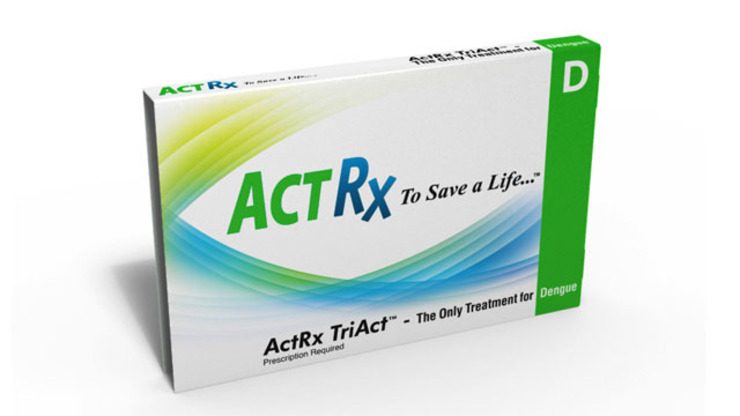 Facebook Twitter Copy URL
Copied
The DOH rebukes its own chief, saying the clinical trials he ordered in September should not have taken place

MANILA, Philippines – It was called a breakthrough drug, but the Department of Health (DOH) said clinical trials of the controversial ActRx TriAct, which started in 2012, should not have happened in the first place.

In a statement on Monday, December 1, the DOH under Acting Health Secretary Janette Garin said the drug has “no legal basis” for clinical trials since it has not yet been registered with the Food and Drug Administration (FDA) as food, drug, or supplement.

This is the second controversy to hit Ona, who is on extended leave and is awaiting President Benigno Aquino III’s assessment of his performance. He was made to go leave in October following a probe by the National Bureau of Investigation into allegations his department purchased overpriced vaccines.

In the case of ActRx TriAct, this was first used in a clinical study for malaria treatment in Palawan in 2012, but DOH is now saying that even this did not comply with the International Conference on Harmonization Guidelines for Good Clinical Practice.

“The 2012 malaria study lacks strong scientific merit and study participants were not afforded their due protection,” DOH said in a statement read by spokesperson Lyndon Lee Suy.

The DOH added that the 2013 clinical study for dengue treatment at San Lazaro Hospital “did not comply with the basic steps of a sound scientific research using people as subjects,” citing notes from the Philippine Council for Health Research and Development (PCHRD).

Among other “deficiencies,” PCHRD said the second study lacks scientific justification for the use of artemether and artesunatef for dengue treatment.

“If something happens to those who had taken the ActRx Triact months or years from now, how and where do they seek legal remedy? The people behind these researches must be held accountable.”

In his botched order, Ona quoted PCHRD executive director Jaime Montoya as saying the clinical trial is “scientifically valid and sound to be carried out in hospitals.”

Montoya has since refuted this, saying he was quoted out of context by the health chief. (READ: Anti-dengue drug: A medical mystery)

In fact, he said in a June 10 comment to FDA that it was “too early” to recommend ActRx TriAct for treatment of dengue or even for its inclusion in the Philippine National Drug Formulary.

Ona’s order, which took effect immediately after it was signed, approved the distribution of 2,000 ActRx TriAct to the following government hospitals for clinical trial:

The project was supposed to run for 3 months “or until the 2,000 ActRx TriAct has been fully utilized,” but Garin suspended it on November 14 to further evaluate whether the study is complying to “established scientific and ethical standards.”

The department also wants to check on the safety and efficacy of the preparation of the treatment.

To date, there is no specific treatment for dengue in the Philippines, where the disease has become an epidemic. In 2013, DOH recorded 204,906 dengue cases and 660 deaths.

Experts also said that combining Artemether as a sublingual spray with Berberine and Artesumate tablets to fight dengue poses side effects.

The use of the drug for clinical trials poses a “clear and present danger” to public health, experts said. (READ: Is Ona on his way out?)

DOH on Monday said no other studies on ActRx Triact have been or are being conducted anywhere in the world. (READ: Anti-dengue drug: A medical mystery)

“This is highly irregular and dangerous because in not following and complying with the basic protocol of scientific experiments using human subjects, the researchers are endangering the lives of the Filipino people who were given ActRx Triact without any accountability and transparency,” the department said.

“If something happens to those who had taken the ActRx Triact months or years from now, how and where do they seek legal remedy? The people behind these researches must be held accountable.”

The ActRx website listed at least 3 clinical studies of the drug, including the malaria clinical trial in Palawan and the recently-suspended department order. – Rappler.com