4 killed, 7 injured in NPA attack on civilians in Agusan 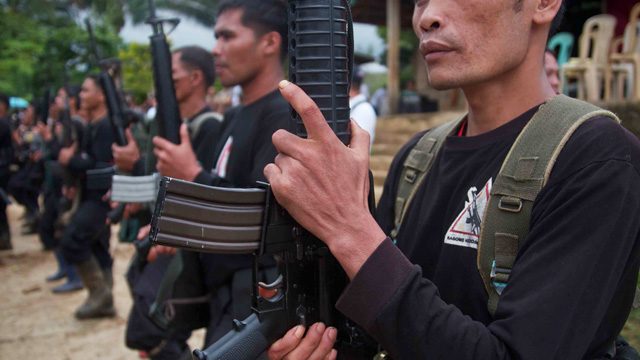 Facebook Twitter Copy URL
Copied
The victims were on their way home from a thanksgiving service, the military says

MANILA, Philippines – Four civilians were killed and 7 others were injured in an attack staged by alleged members of the New People’s Army (NPA) in Rosario, Agusan del Sur, on Monday, December 1, the military said.

An 8-year-old child was among those injured.

Jun Solidor, chairman of Barangay Marfil, was also injured and is now in critical condition.

The victims were on their way home from a thanksgiving service at the Wayside Baptist Church when around 20 NPA fighters attacked the ambulance ferrying them at Sitio Latay, Barangay Marfil, at around 5:30 pm.

“This is a blatant violation of the International Humanitarian Law (IHL) that the NPAs have sworn to observe, but only in words and never in deed, as they have always demonstrated,” Baladad said.

Pursuit operations are ongoing against the alleged NPA members. – Rappler.com